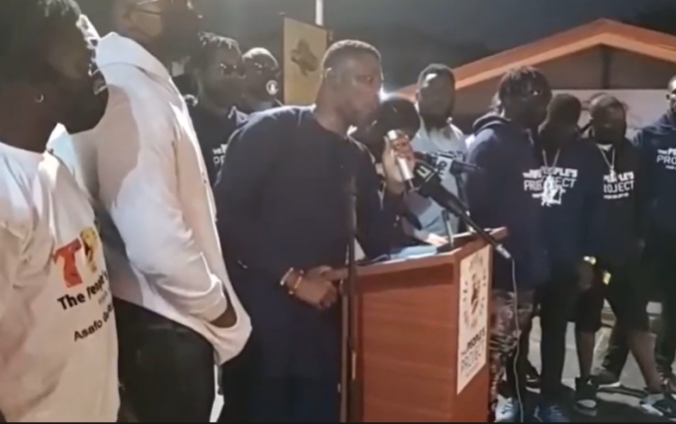 Musician and political activist, Kwame A Plus, says he will be contesting for president in the 2024 general elections.

Speaking at a press conference dubbed ‘The People’s News Conference’ he stated that the NPP and NDC have failed Ghanaians adding it is time the country gets itself a new leadership.

A Plus revealed that he had wanted to first become a Member of Parliament but he changed his mind because a new party has to save the nation.

“One man told me to contest as MP first so I can later contest for the presidency but I told him no because he wants four more years to steal more. I am contesting in 2024,” he told the crowd.

He stated that the country is for the youth thus it is important they take control of the country and run its affairs.

A Plus added that his party will create “a new Ghana where the politicians will be afraid of the people and not vice versa.”

The controversial musician was in the thick of campaigning for then candidate Nana Akufo-Addo prior to him becoming president.

DISCLAIMER: The Views, Comments, Opinions, Contributions and Statements made by Readers and Contributors on this platform do not necessarily represent the views or policy of Multimedia Group Limited.
Tags:
Kwame A Plus