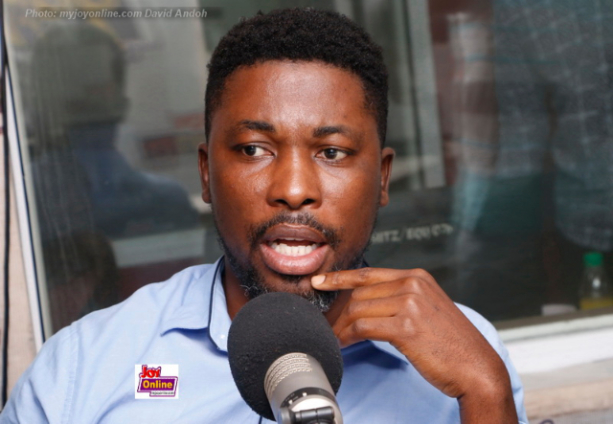 Controversial musician A Plus says there are too many criminals around President Akufo-Addo which makes the fight against corruption very difficult.

This, the NPP-affiliated singer born Kwame Asare Obeng, believes will dent the President’s legacy in nipping the canker in the bud.

“There are too many criminals around the president. Too many people want to use his government for their personal interest and it will affect his legacy.

“This is someone we have been with and helping the President protect the public purse by fighting corruption. Some people around him have decided to fight us; which very wrong” he opined.

Speaking in an interview with Roland Walker on the AM Show Monday, he bemoaned the attacks unleashed on him in pointing out the ills in the current administration.

According to him, President Akufo-Addo in his inaugural speech invited Ghanaians to be citizens and not spectators, but in doing so, some individuals in the governing New Patriotic Party (NPP) he considered enemies of the state have decided to fight him.

Kwame A Plus said this phenomenon remains an affront to safeguarding the public purse.

“The president told us to be citizens and help him protect the public purse. When he came to power, that is what we wanted to do for him. Protecting the public purse comes with issues that people don’t want to hear,” he said.

The outspoken musician lamented the failure of the Akufo-Addo-led administration to fulfill its promise in halting corruption.

He insists President Akufo-Addo has given many of his appointees too much freedom to engage in corrupt practices of which he later exonerated them from wrongdoings.

“Nana Akufo-Addo knows some of the issues that are not right but I think it is very difficult to lead the NDC and NPP. The institution itself is built on corruption, so even if they put you on top as the leader, the guys will come to you and force you to be one of them,” A Plus said.

The social commentator indicated that the current government established a Special Prosecutor’s Office aside other anti-graft agencies at its disposal but failed to retrieve monies for the state.

He added that “the only person that is retrieving monies for the state that you and I know is the Auditor-General. He is the only one who is in the physical fight against corruption and he is the one they don’t like.”

Kwame A Plus has started putting together what he described as a ‘Third Force” to give any government in power, a sense of responsibility to deliver its campaign promises to the citizens.

DISCLAIMER: The Views, Comments, Opinions, Contributions and Statements made by Readers and Contributors on this platform do not necessarily represent the views or policy of Multimedia Group Limited.
Tags:
Fight against corruption
JoyNews AM Show
Kwame A Plus