If you’re in a sexless marriage, you need to read this 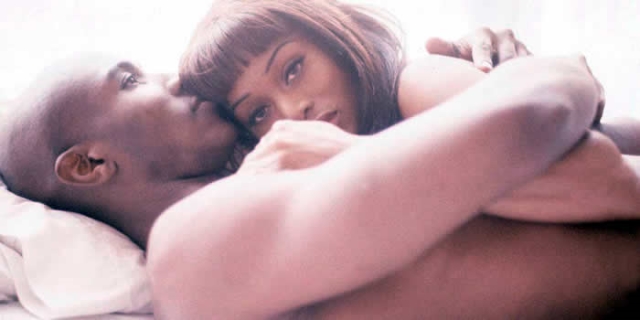 Don’t let your sexless marriage go on too long.

If you’re in a sexless marriage or relationship that lacks intimacy, don’t settle!

Married life is supposed to be filled with bliss, love, and commitment.

But, if you’re in a sexless marriage, it can drive you crazy!

You’ve been hearing “Not tonight, dear” again and again like it’s “Groundhog Day” and you want to find solutions to save your marriage, sanity, and self-respect so you can bring back the intimacy you both deserve

You may think that if you don’t solve this, the worst thing for you to do would be to cheat on your partner but, in fact, the far worse option is hopelessness — giving up on sex easily devolves into depression and health problems for most people.

People who don’t have sex anymore (unless they’re in a convent, monastery, or ashram where abstinence is a part of their lifestyle), they’ve usually had a few serious crises.

This is because nature provides sex as a bonus, the first prize, and the brain cocktail of bliss and joy!

Can you relate with any these statements?

“I didn’t marry for sex — I married for love but now it feels as if I don’t have either.”

“I don’t deserve a partner who is crazy gaga about me!”

“I’ll never find a partner who goes berserk in bed with me!”

“I’ll never have a partner who makes me so frenzied that I can forgive them for anything!”

“I can live without fabulous sex. I can I really can. No, I can!”

“I’m thinking ‘No’ even more than my partner says it!”

Have you realized that you and your partner are mirrors? Does it matter which of you lost interest first?

The key is figuring out which of you is going to bring the passion back first!

Your window of opportunity in learning how to fix a broken marriage without sex is narrow so if you are stuck in one of these belief systems, you have to eliminate it before it’s too late!

Data scientist Seth Stephens-Davidowitz reports that the term “sexless marriage” is one of the most frequently searched marital terms on Google. Fox News reported that “some experts say a marriage where partners have sex less than nine times a year is sexless.”

(I have worked with clients who had no sex for more than a year and after they learned Heartspace® communication skills, they were back in the game!)

Sex therapists report that a sexless relationship is the number one problem for couples over 40 and for many other couples as well.

There’s plenty of guilt around sex but all religions consider sex to be the sacrament or “act of marriage”, especially in Christianity because children are essential to maintain the membership in any congregation.

According to Pastor Rick McDaniel of Fox News, “Sex connects a couple in more than just a physical sense. It bonds them together in a very special fashion. Sex brings a closeness and even a healing to a marital relationship like nothing else can.”

I have taught thousands of couples how two can “merge into one in an environment of sexstatic pleasure” and only when couples become one, not only during sex but also during daily life and especially during disagreements.

Only then can a couple become “bulletproof”, co-creating their kingdom of heaven on earth.

There are many possible causes for a sexless marriage.

There are countless symptoms of mental and physical health, most of which can be transformed by traditional and/or holistic support.

Even cheating can be forgiven if not forgotten when love and passion are there.

When there is love without passion, it is so common to withhold forgiveness because the partner is happy with a sexless marriage and equates forgiveness without having to have sex!

That is often how sexual withdrawal begins — health excuses instead of health solutions and emotional issues that neither partner has the skills to resolve.

When your relationship loses passion it loses the juice that makes life thrilling.

Shift your sexless marriage now! Do you believe this?

“It’s okay that I always fantasize about a sex partner; just not my partner!”

“Cheating is easier than having ‘the talk’ with my partner!”

Our sex life used to be “sexational” but that’s not supposed to last!

Please do not settle for a sexless marriage because little by little, you’ll end up in a sexless life and you’ll wonder where all the juiciness and all the fun went!