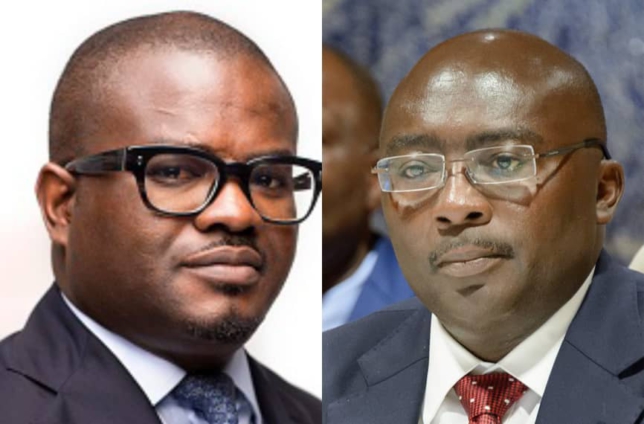 Vice President Dr Mahamudu Bawumia has denied reports linking him to demanding $200,000 as an “appearance fee” in the latest exposé by investigative journalist, Anas Aremeyaw Anas.

He, therefore, called for the dismissal of Charles Adu Boahen, who stated in the exposé that the Vice President needed $200,000 and other incentives to facilitate deals at the presidency.

“I am not aware of any such meeting held by Minister Adu Boahen or a supposed “appearance fee”. My most cherished asset in life is my integrity and I will not allow anyone to use my name to engage in corrupt activities”, he stated.

“I would like to state that if what the minister is alleged to have said is accurately captured in the video, then his position as a minister of state is untenable. He should be dismissed summarily and investigated”, other portions of the post read.

The comments by the Vice President follow a recent exposé by Anas Aremeyaw Anas, which revealed that the Minister of State in charge of Finance, Dr Charles Adu Boahene, is involved in a scandal.

In a statement on Monday, the Director of Communications at the Presidency, Eugene Arhin, said, “After being made aware of the allegations levelled against the Minister in the exposé, ‘Galamsey Economy’, the President spoke to Mr Adu Boahen, after which he took the decision to terminate his appointment, and also to refer the matter to the Special Prosecutor for further investigations”.

He said the President thanked Mr Adu Boahen for his strong services to his government since his appointment in 2017 and wished him well in his future endeavours.

The content of the exposé will be aired today at 4 pm and 8 pm at the Accra International Conference Centre.

DISCLAIMER: The Views, Comments, Opinions, Contributions and Statements made by Readers and Contributors on this platform do not necessarily represent the views or policy of Multimedia Group Limited.
Tags:
Akufo-Addo
Anas Aremeyaw Anas
Bawumia