I'm too young to sign any artiste - Kuami Eugene - MyJoyOnline.com

I’m too young to sign any artiste – Kuami Eugene 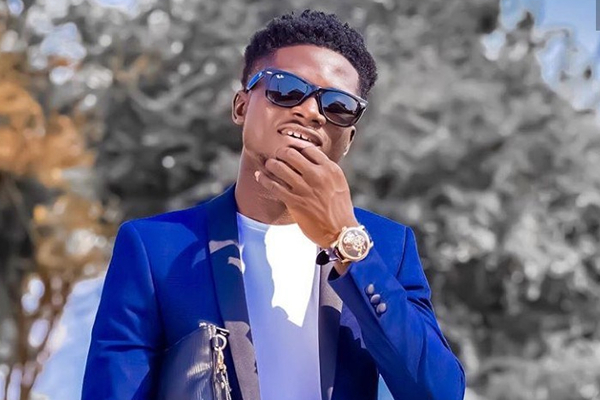 Highlife musician, Kuami Eugene, has said that he is too young to sign on and manage another artiste.

According to him, he has not reached the level where he can take on the responsibility of managing someone else as he himself is still being trained.

Kuami Eugene’s comments come after his fans asked him to sign a young boy who sings just like him. In a video which went viral, the boy is seen singing Kuami Eugene’s latest song, Ohemaa featuring his Lynx Entertainment label mate, KiDi.

The Angela hitmaker himself was surprised at how well the boy could sing but said he cannot sign him on, explaining that, he was still learning.

“This guy is talented and I must say I was very surprised at the energy he displayed singing my song Ohemaa but I disagree with people when they say he sings like me. He sounds like himself and that is what I admire about him.

“I had people contacting me, especially my fans asking me to sign the guy. I feel I am too young to sign or train any artiste because I am also being trained by my record label Lynx Entertainment so how can I train another person?

“That is not possible. I have a long road ahead of me and there are lots of things I still need to learn in the music industry,” he told Showbiz recently.

Kuami Eugene said the best he could do for the boy was collaborate with him on a song.

“The farthest I can go for him is to teach him one or two things I have learnt as an artiste and feature him, that is if only the song is good. This can give him the necessary foundation that he needs to do music.

“There are young talented musicians out there who need a little motivation to get to the top. They should be determined and not let the struggles of life bring them down because one day they going to make it,” he stated.

Known for songs such as ‘Wish Me Well’, ‘Confusion’, ‘Fadama Boy’ and ‘Walaahi’, the Highlife Artiste of the Year at the Vodafone Ghana Music Awards this year, said he was currently working on his new single with one of the top-notch musicians in the country.