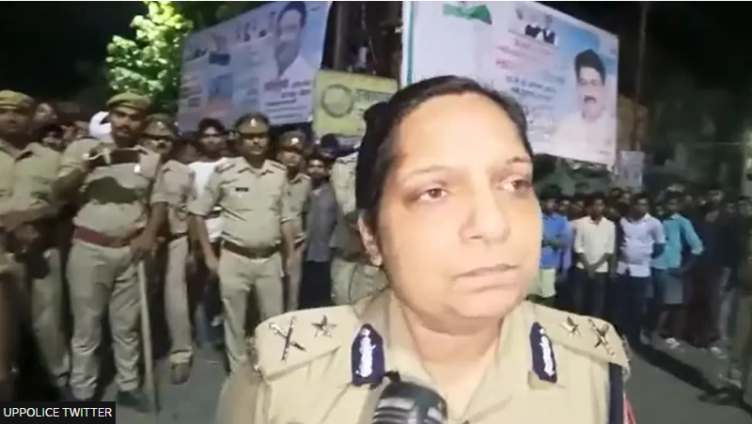 Two Indian sisters have been found hanging from a tree in the Indian state of Uttar Pradesh in a suspected case of abduction and rape.

Police said the bodies were found on Wednesday afternoon in Lakhimpur district. They have started an investigation after the family alleged the girls had been kidnapped and raped.

Six men have been arrested on charges of rape and murder.

The bodies have been sent for a post mortem examination, police said.

The girls, both below 18, belonged to the Dalit caste at the bottom of a deeply discriminatory Hindu hierarchy.

Despite constitutional protections, the community routinely faces prejudice and violence – a 2020 case involving the gang rape and murder of a 19-year Dalit woman in Uttar Pradesh’s Hathras district sparked a public outcry, spotlighting how vulnerable Dalit women were.

This case too has triggered protests by locals and opposition parties.

Local media reported that the girls’ mother said the pair had been taken by men on motorcycles. She says she was attacked when she tried to stop them.

The family said they began looking for the girls and eventually found them hanging from a tree.

According to local media, the police met with some resistance when they went to the girls’ home, where locals had joined the family in protest.

There is deep suspicion of the police among the Dalit community. Authorities were accused of apathy and of protecting the upper caste accused following the assault in Hathras. The victim’s family also alleged that she had been cremated forcibly without giving them a chance to say goodbye.

Uttar Pradesh, in Indian’s north, is the country’s most populated state with over 200 million people – and has a record of violence against women and Dalits.

The recent death of two sisters has provoked anger against Chief Minister Yogi Adityanath with opposition leaders accusing him of running a lawless government.

“In Yogi government, goons are harassing mothers and sisters every day, very shameful. The government should get the matter investigated, the culprits should get the harshest punishment,” Akhilesh Yadav of the Samajwadi Party wrote on Twitter.

Bahujan Samaj Party chief Mayawati said that criminals in Uttar Pradesh had no fear because the government’s “priorities are wrong”.

Priyanka Gandhi from the Congress party also attacked Mr Adityanath and said that “giving false advertisements in newspapers and TV does not improve law and order”.

“After all, why are heinous crimes against women increasing in UP?” she asked.

DISCLAIMER: The Views, Comments, Opinions, Contributions and Statements made by Readers and Contributors on this platform do not necessarily represent the views or policy of Multimedia Group Limited.
Tags:
India
Rape
Uttar Pradesh