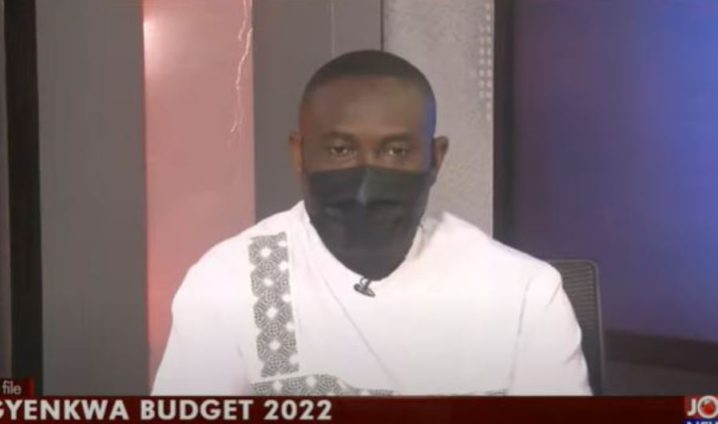 According to the Ejisu MP, “the Agenkwa budget is one of the inspiring budgets that for me Ghana needs at this particular time. “

Speaking on Joy News’ Newsfile on Saturday, he explained that the focus espoused in the budget would help change the “government do for us“ mentality.

He added that the budget would allow Ghanaians to adopt an entrepreneurial mindset while transitioning from the socialist welfare mentality.

He said this was because the budget would help “empower young people to become creative and innovative” to create opportunities for themselves with the government’s new programme dubbed “YouStart”.

The ‘YouStart’ initiative is expected to create 1 million jobs address challenges regarding access to credit faced by young entrepreneurs in the country.

The Member of Parliament for Ejisu praised the new programme to be initiated by government should the budget be approved by Parliament.

“This is the first time I have seen the extent of the commitment being made for young people in terms of quantum to be able to create jobs for themselves,” he said.

He added that government is more than committed to implementing the ‘YouStart’ programme.

Meanwhile, the Minority in Parliament are against this statement.

According to them, the 2022 budget will further unleash hardships on the populace.

Therefore, ranking Member on the Finance Committee, Cassiel Ato Forson, has advised Ghanaians to brace themselves for a bitter and painful Christmas this year.

“This Christmas, ladies and gentlemen would go down as the most bitter and painful for Ghanaians as they will struggle to put food on the table for the families due to the draconian, physical, and tax policies that have been introduced by the Akufo-Addo, Bawumia government,” he said.

DISCLAIMER: The Views, Comments, Opinions, Contributions and Statements made by Readers and Contributors on this platform do not necessarily represent the views or policy of Multimedia Group Limited.
Tags:
2022 budget
Deputy Finance Minister
Dr John Kumah
‘Agyenkwa’ budget