James Rodriguez back for Real after two-month absence 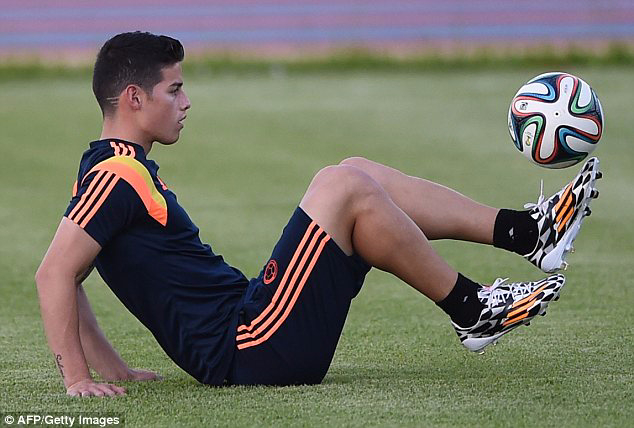 James Rodriguez will return to Real Madrid's starting line-up for Sunday's La Liga game at home to Granada after being out for two months with a broken bone in his foot, coach Carlo Ancelotti said on Saturday.

The Colombia midfielder, who has had a fine debut season since joining from Monaco in July, sustained the injury in the league game against Sevilla in early February and will come back into the side in place of the suspended Isco.

"James is fine and will start the match tomorrow," Ancelotti told a news conference before adding that midfielder Sami Khedira and full back Dani Carvajal would be rested.

The return of James is a welcome boost for the European champions who have lost three of their last four matches in all competitions.

After winning last month's 'Clasico' at home to Real 2-1, leaders Barcelona are four points clear of their arch rivals at the top with 10 games left and visit Celta Vigo later on Sunday.

Isco's ban means Ancelotti does not have to decide between him and James in his starting 11.

The Spain midfielder is a huge favourite among the fans, already angry at their team's recent stumble, and if Ancelotti drops him he could be on the receiving of more criticism.

Ancelotti said he was confident Real could catch Barca and that the squad was in good shape physically and mentally, with only centre back Pepe sidelined by injury and due back in around a week.

"We are convinced everything is still open," said the Italian.

"The team is full of desire and is in very good shape right now," added Ancelotti who led Real to a record-extending 10th European crown in his first season in charge in 2013-14.

"The team is fresh and prepared to fight for all the matches. We are in better physical shape going into this stage of the season than last year."

Real have La Liga games at home to Rayo Vallecano and Eibar before they play at Atletico Madrid in the first leg of their Champions League quarterfinal on April 14.