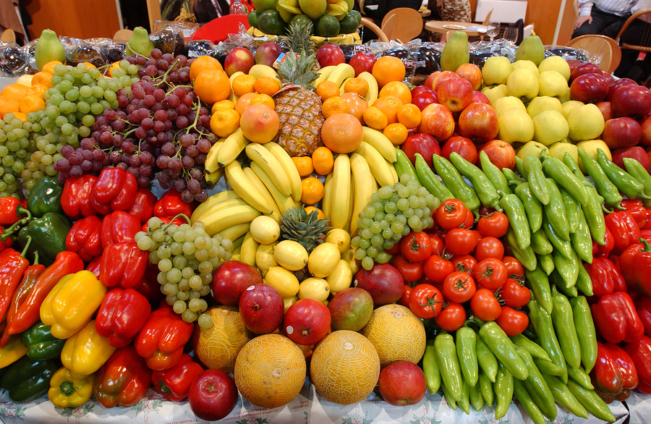 Genetically Modified Crops (GM crops) have generated a lot of controversies over the years. They have sparked debates among farmers and consumers alike with people always particularly paying attention to labeled GM and non-GM commodities on the market.

Some describe is as genetic modification. Some call it genetic engineering. Some call them genetically modified organisms (GMOs). Others describe them as biotechnology products, although biotechnology is a broader term. But all of them refer to the same thing.

A lot of ethical concerns have arisen about GM technology over the years. A very common claim made by some anti-GM activists is that “you cannot play God” which implies that scientists are defying the natural order of creation. Others are concerned about possible health risks associated with the consumption of GM foods although they have been proven scientifically to be safe, 20 years after their introduction.

In fact, in countries like USA, Brazil and South Africa, more than 80% of all soya beans, maize and cotton are GM crops. But there has been no single evidence of any of these crops negatively impacting the health of consumers in those countries. Before GM food is released for consumption, it is subjected to rigorous scrutiny which has zero tolerance for errors.

So, what exactly are GM crops?

In a bid to optimize yield, farmers have been breeding suitable varieties of crops through conventional selection for several centuries. This has made most wild “ancestors” of crops such as teosinte of maize go into extinction leaving the elite cultivars which look bigger and develop more desirable traits over the generations. This method of breeding is known as selective breeding or artificial selection which is globally accepted but currently inefficient to feed a fast-growing population anticipated to reach 9.6 billion in the next couple of decades. The exponential rise in population is inversely related to available land area hence the need for a more strategic approach to efficiently utilize the limited land resource to feed the growing global population. Also, pests and diseases, climate change, amidst other abiotic factors severely constrain crop production.

Biotechnology (which includes genetic modification) is an applied science that harnesses the natural biological capabilities of microbial, plants and animal cells for the benefit of mankind. It has changed the quality of life through improved medicine, diagnostics, agriculture and waste management, as well as offered opportunities for innovation and discoveries.

The principle is a simple one. To genetically improve or enhance a crop such as sweet potato which is susceptible to nematode attack, another crop such as tomato that is resistant to nematode attack is identified and the gene of interest is isolated. The gene isolated from the tomato is then introduced into the sweet potato. The host plant becomes a transgenic or genetically modified plant which expresses the desired trait (resistance to nematode) in subsequent generations.

Genetic engineering has had several uses such as in biofortification of crops to increase the concentration and availability of nutrients in crops hence solving “hidden hunger” problem faced by several African countries. The technology has also been used in the enhancement of plant architecture to optimize land usage and increase yield per area of land cultivated; and improved crops with heightened tolerance or resistance to both biotic and abiotic stresses including diseases and weather.

Some analysis shows that between 1996 and 2015, GM technology increased global production of corn by 357.7 million tons, soybean by 180.3 million tons, cotton fiber by 25.2 million, and canola by 10.6 million tons. GM crops also significantly reduced the use of agricultural land due to this higher productivity. In 2015 alone, they prevented almost 20 million hectares from being used for agricultural purposes, thus reducing the environmental impact of cultivating forests or wild lands. This is a great environmental benefit derived from higher agricultural yield.

Unfortunately, in Africa, only a few countries including South Africa and South Sudan have allowed for the growing of GM crops and are enjoying from these benefits. Ghana has not allowed for the local production of GM crops although parliament passed a law in 2011 to allow for their introduction.

Genetic engineering is a viable way to eradicate hunger and ensure food security in the coming decades hence is pivotal to achieving Sustainable Development Goal (SDG) 2 on eliminating hunger. Yield losses due to changing or fluctuating climate, pests, and diseases, drought, acidic or saline soils and, heat stress can all be remedied by growing genetically modified crops. GM technology is a blessing to mankind and promises a hunger-free future especially in such unsettling times with the COVID-19 pandemic. Let’s embrace it.

The author is a Teaching Assistant at the University of Ghana, Graduate, Faculty of Agriculture.