Jubilee House to be powered by Solar energy from August 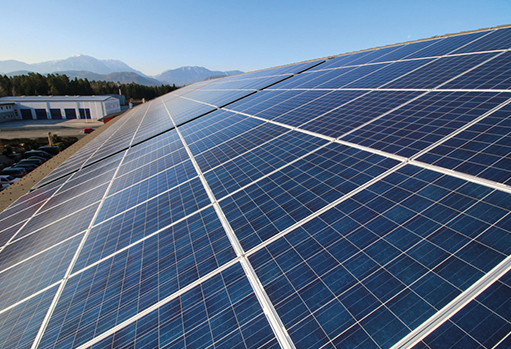 The seat of government, Jubilee House, will from August this year be powered by solar energy, as an example to other public institutions, the President has disclosed.

Delivering the 2019 State of the Nation Address to Parliament Thursday, President Akufo-Addo said government’s target is to install up to 200 megawatts of distributed solar power by 2030 in both residential and non-residential facilities.

This, he believes, will reduce government’s liabilities to the Electricity Company of Ghana (ECG).

According to him, in order to reduce government’s expenditure on utilities, and also promote the use of solar power for government and public buildings, the Energy Ministry initiated the Solar Rooftop Programme.

The Ministry is leading by example with the installation of a 65-kilowatt solar rooftop system at its premises.

Renewable energy has also become a necessary addition to the country’s energy sector because it has increasingly become cheaper, and is key to the implementation of Ghana’s international obligations under Sustainable Development Goal 7.

“Mr. Speaker, affordable and reliable energy is absolutely critical to realising our vision of economic transformation. I am happy to announce that gas production tripled during the year, from 100 to 300 million cubic feet per day.

The seat of government, Jubilee House

“The Ministry of Energy is undertaking steps to remove the transmission bottlenecks, to ensure that Ghanaian gas can reach power plants located in the eastern part of the country, and I am confident that, by August this year, the situation would have been fully remedied to ensure Ghana uses locally produced gas for the bulk of its thermal power generation, saving substantial amounts of foreign exchange on imported fuels,” he said.

According to the President, government is committed to achieving an electricity generation mix that ensures diversity and security of energy supply.

He said, for this reason, government will continue to promote the deployment of renewable energy in line with our policy target of 10% renewables in the energy mix from the current 1%.

President Akufo-Addo noted that another justification for renewable energy is that, “in spite of Ghana’s excess electricity generation capacity, we can still not achieve our universal access target because there are many Ghanaian communities, especially those on islands and lakesides, that cannot be reached through the national grid.

“For example, there are currently 200 island and 2,000 lakeside communities that require mini-grids from renewable sources to meet their energy needs.”