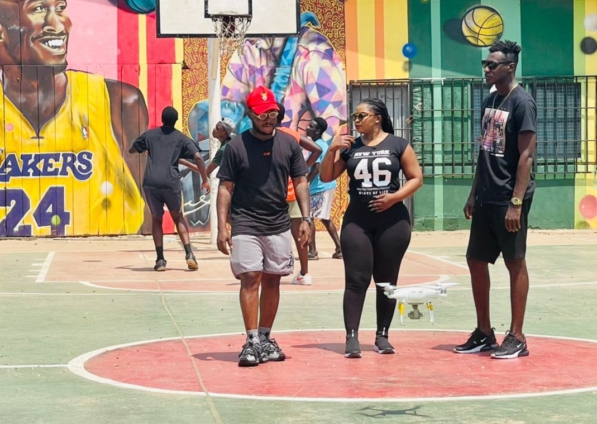 Music duo Keche made up of Joshua Kojo Ampah and Andrew Kofi Cudjoe have named the song titled ‘Good Mood’ as their favourite.

According to one of the long-lasting musical groups in Ghana, the song ‘Good Mood’ speaks about inspiration to keep going no matter what the situation is.

“My favourite song is Good Mood, it speaks to us. It talks about life and once you get older you turn to understand life better and so as creative people it affects our writing. Good Mood is the message.”

“After today, no one knows tomorrow,” they told JoyNews’ Becky in an interview on E Vibes. The group is also known for the songs Aluguntugui, Diabetes, Pressure, amongst others.

Meanwhile, Keche has promised to release an EP and an album for their fans.

Initially, the group noted they were hesitant to release albums because most songs on albums do not get the attention they deserve.

“We’ve realized that in Ghana, they consume singles more than albums. But now with the digital stores available, they make the album sales attractive,” they explained.

E Vibes is a weekly programme that delves into the background of the country’s celebrated personalities who are doing tremendous work in their chosen field of work cutting across sectors.

DISCLAIMER: The Views, Comments, Opinions, Contributions and Statements made by Readers and Contributors on this platform do not necessarily represent the views or policy of Multimedia Group Limited.
Tags:
Good Mood
Keche