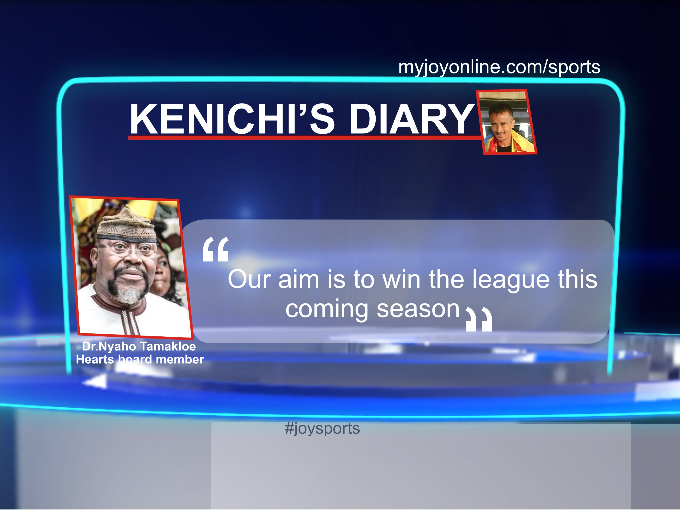 A board member of Hearts of Oak Dr. Nyaho Nyaho-Tamakloe has stated that new coach Kenichi Yatsuhashi will be required to win next season’s Ghana Premier League.

The Phobians have been mocked by football fans following their decision to appoint the hugely unknown the Japanese-American trainer.

Hearts settled on the 46-year-old after failing to reach an agreement with Medeama SC coach Tom Strand.

The former African champions struggled in the 2014/15 top flight as they finished 13th with 40 points. They were saved from the drop by a good head-to-head with Hearts of Lions, who were relegated.

Dr. Tamakloe has been defending the appointment of Yatsuhashi but notes that new man's main target is to win next season’s league for the Phobians.

“Our aim is to win the league this coming season and that is what he will be told in a very clear language. Anything short of that then he will have problems with management and the board,” he told Joy Sports.

On why the Phobians did not go for an established name: “I have handled Hearts [before], years back. And, [at the time] we had from the onset had some experiences with so-called highly respected coaches and they all let us down.

“I went in for coach Kobina who was a police officer and he was the man who really put the team on the map internationally so I don’t believe in this certificate thing."

The last time Hearts of Oak won the Ghana Premier League was in 2009.