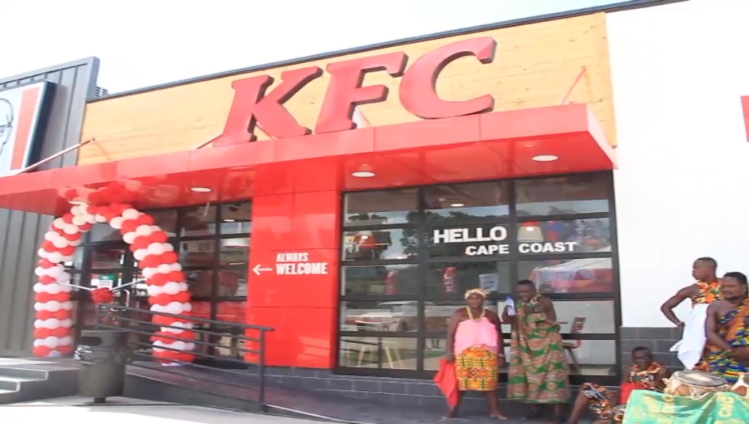 Kentucky Fried Chicken, popularly known as KFC, has opened one of its branches in Cape Coast.

The new branch in Cape Coast is the 27th branch to be opened in the country.

The Management of the facility believes that with the history of Cape Coast, coupled with the tourism potentials of Cape Coast, the services of KFC will go a long way to provide great services to the people of Cape Coast and its surroundings.

Speaking at the opening of the facility, Central Regional Minister, Justina Marigold Assan, promised the brand the support of the government and entreated them to maintain their standards and serve the people well.

KFC Corporation, based in Louisville, Kentucky, is one of the few brands in America that can boast of a rich, decades-long history of success and innovation.

The opening of the new branch here in Cape Coast, adds to their growing numbers in Ghana and the world at large.

The Regional Minister called on managers of the brand to rely on local content and live up to their standards because they have the support of the people.

“Do not import all your raw materials from outside Cape Coast, but search for all of them here so the people here can really benefit from you.”

“We are willing to patronize your services, so give us the best of services. We know your brand and what you have achieved over the years worldwide. We desire that you continue to maintain that standard in Cape Coast,” she stated.

The Omanhen of the Oguaa Traditional Area, Osabarima Kwesi Atta II, added to the advice of the Regional Minister and called on KFC to maintain its standards.

“Now, this is to you, KFC. We know your standards and we are delighted you’re here. Do not compromise on the standards and give us the same value just as you give the world, “he advised.

The Marketing Manager of KFC, Chris Addo-Sarkodie, thanked the people of Cape Coast for their support and promised them quality service delivery.

The KFC brand emerged with one cook who created a soon-to-be world-famous recipe more than 70 years ago, with a list of secret herbs and spices scratched out on the back of the door to his kitchen.

KFC is the world’s most popular chicken restaurant chain, specializing in that same Original Recipe along with Extra Crispy chicken, home-style sides, and buttermilk biscuits.