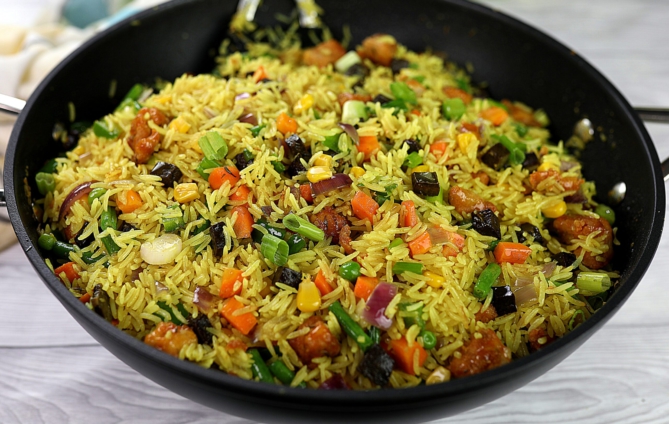 Scientists at the Kwame Nkrumah University of Science and Technology (KNUST) have advised that food should be prepared at low temperatures.

This comes on the back of a research by the Food Science and Technology Department of KNUST which found cancer-causing substances in street-vended fried rice.

Benzo(a)pyrene and dibenz-a,h-anthracene are the most potent cancer-causing substances formed through food burning.

The Scientists sought to find out the presence of these substances in street-vended fried rice.

The substances were also detected in fried chicken samples of street-vended fried rice.

The Lead Scientist, Gloria Mathanda Ankar-Brewoo said “As for the food, it was found in the soup because we use the dried fish. And for the fried rice, as we stir fry. All those activities contributed to the formation of the pyrines.”