Koku pledges to support ‘any winner’ in NDC 2020 flagbearer race 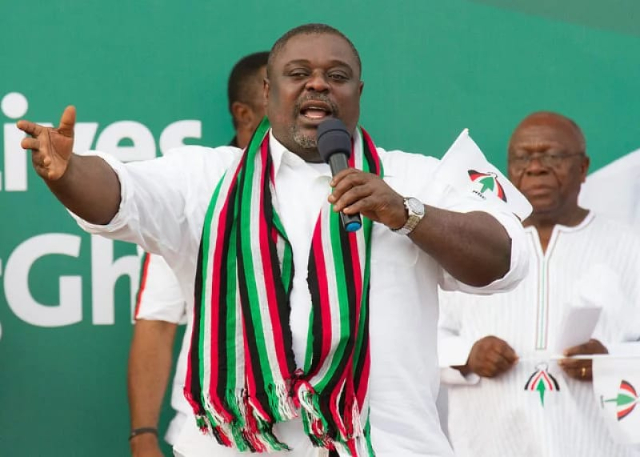 Aspirant for NDC General Secretary Koku Anyidoho has pledged to support any candidate who emerges winner in the party's 2020 flagbearer race.

His voice grew passionate in stressing his resolve to help the eventual winner in the race to "kick out the fast failing NPP government".

At least 10 aspirants have expressed intent in leading the opposition NDC into the 2020 general elections, with former President John Mahama seen as the frontrunner.

Koku Anyidoho’s previous comments have fuelled the belief his relationship with John Mahama is frosty.

“I loved President Mills; I worked for President Mahama", he said in 2017.

Photo: Koku Anyidoho at the burial site of the late President John Evans Atta Mills who died in July 2012.

He never served under the John Mahama government from 2013 to 2016 but was Director of Communications in the Mills presidency while John Mahama was Vice-President.

Koku Anyidoho who is deputy General Secretary wants to unseat his boss Johnson Aseidu Nketia. He expressed confidence, his message is going down well with the grassroot.

The NDC politician said he is stressing to the grassroot that loyalty to the party comes first and above individual persuasions.

He said if the party’s structures are allowed to work, any candidate to lead the party can be assured of victory in the 2020 polls.

Former President Mahama has said he lost the elections in December 2016 because he was "riding a lame horse".

“If you ride a lame horse into a race and you lose the race, your priority must be to cure the lameness of the horse,” he said in April 2017.