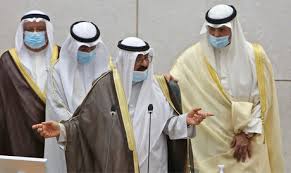 The assembly unanimously endorsed the octogenarian Sheikh Meshal for the role in what has been a smooth succession that retained power firmly within the ruling family’s oldest ranks following last week’s death of Emir Sheikh Sabah al-Ahmad.

Sheikh Meshal, in televised remarks, said Kuwait would uphold its regional and international commitments and “its path of peace and democratic approach”.

He pledged to “raise the banner of popular participation and promote a tolerant spirit that shuns division.”

Diplomats and analysts say that because of his low-key style and age, Emir Sheikh Nawaf may delegate a larger portion of responsibilities to Sheikh Meshal, a forceful figure who had been deputy head of the National Guard since 2004 and before that headed State Security for 13 years, shunning public-facing roles.

Sheikh Meshal’s rise stands in contrast to some other Gulf states, most notably Saudi Arabia, where ruling families are starting to give top jobs to younger princes.

Sheikh Nawaf and Sheikh Meshal, both brothers of the late ruler, are expected to focus on domestic issues as the country prepares for parliamentary elections this year and the government tries to shore up its finances.

Frequent clashes between the hand-picked cabinet, in which ruling family members hold most senior posts, and the assembly have led to successive government reshuffles and dissolution of parliament, hindering investment and economic reforms.

The new leaders are expected to uphold oil policy and a foreign policy shaped by Sheikh Sabah that strove for unity in a polarised region and balanced ties with Saudi Arabia, Iran and former occupier Iraq.

DISCLAIMER: The Views, Comments, Opinions, Contributions and Statements made by Readers and Contributors on this platform do not necessarily represent the views or policy of Multimedia Group Limited.
Tags:
Kuwait
Prince Sheikh Meshal al-Ahmad al-Sabah