Kweku Adoboli: Fear of bank backlash made my colleagues lie 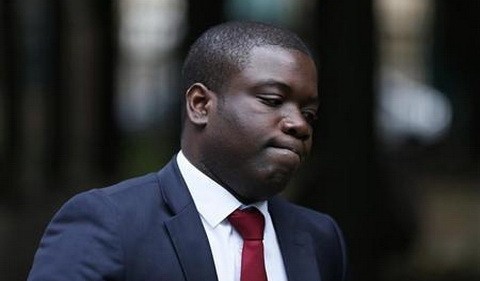 Alleged fraudster Kweku Adoboli accused his former UBS colleagues on Wednesday of lying at his trial because they were frightened of a powerful banking “machine”.

The 32-year-old, who was a senior trader at UBS’s London offices, was arrested in September last year and blamed for losses of $2.3 billion.

He is standing trial in a London court accused of two counts of fraud and four of false accounting, which he denies.

“There’s a huge difference between what actually happens at a bank and what they are willing to let the public know,” Adoboli told the court, saying that people in the industry were too “frightened of the machine” to support him openly.

The prosecution says he traded far in excess of his risk limits, concealed his positions with fictitious hedges, and lied when asked questions by the back office.

Prosecuting counsel Sasha Wass, cross-examining Adoboli, said: “You treated it like your bank. You played God in that bank, tearing up the rules, doing what you wanted, and that’s why you’re here.”

Adoboli responded that everything he did was to make profits for UBS and he was in court because he made losses for the bank.

“The questions were only asked when the trades became loss-making,” he said, arguing that the bank encouraged risk-taking and turned a blind eye to rule-bending as long as he made a profit.

“I took the responsibility (for the losses) on my own shoulders, and in doing so I told lies,” Adoboli said.

Wass put it to him that none of the witnesses from UBS who have given evidence during the long-running trial had supported his version of events.

“Every single witness who has stood on this stand has lied,” Adoboli said in response.

“You’ve seen the size of the machine. You’ve seen all these people. They’re all here just to find me guilty,” he said, gesturing towards a section of the courtroom where a dozen lawyers and public relations people representing UBS sat.

He said later that after his arrest, UBS friends had written to him in prison before being instructed by the bank to stop.

Adoboli has argued that in the last two months when he worked at UBS, he had lost control, was burnt out and had become de-sensitized to the scale of the multi-billion-dollar trades he was making in August 2011.

“No rational trader would have taken the risks that I took,” he said.

Wass said: “You were reckless. Your trading was no better than gambling.”

Adoboli denied this, saying that while his trades may have been unhedged, they were not “unresearched”.

Wass put it to Adoboli that his motivation had been that he wanted to be seen as a star trader.

Adoboli said his motivation had been to make a contribution to UBS, a bank to which he felt great loyalty at the time.

“I’m no different from anyone else who’s a trader at UBS, except for the fact that I took responsibility for a very large loss.”