Diego Costa struck late on as Chelsea beat West Bromwich Albion 1-0 to return to the top of the table.

A stubborn Baggies side had frustrated high-flying Chelsea for large swathes but just as it began to look like the visitors would emerge from west London with a well-earned point Costa struck. 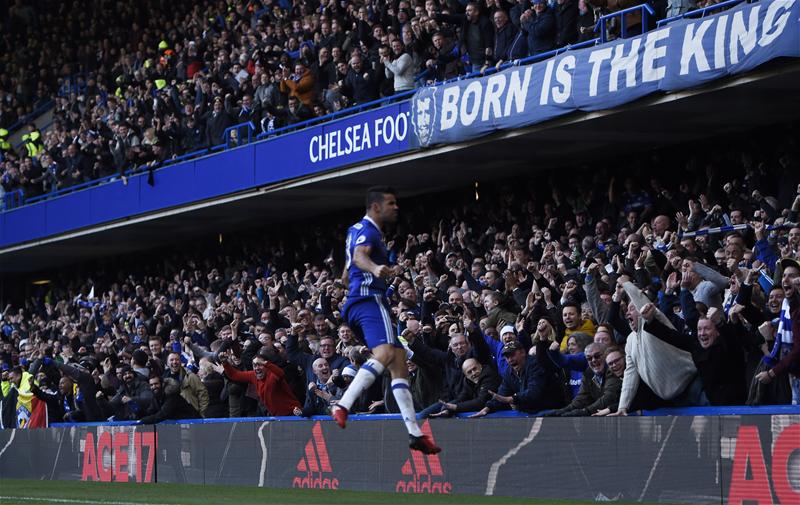 The 28-year-old capitalised on a lapse in concentration to steal the ball from Gareth McAuley before dispatching past Ben Foster to send the Blues back ahead of Arsenal.

It was a high point in a rather uninspiring match, which was marked by a plethora of fouls and yellow cards handed out by referee Mike Dean as he attempted to keep control.