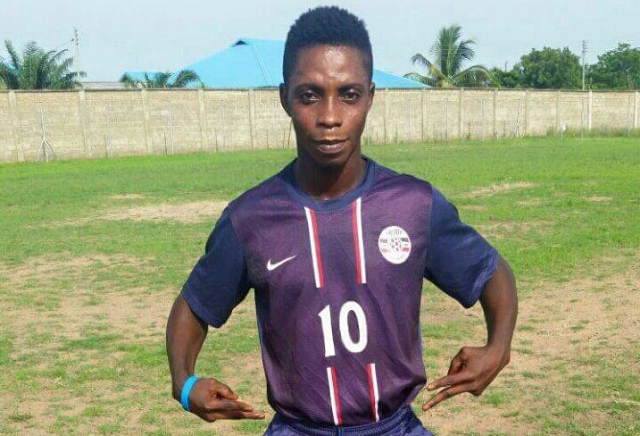 Latif Blessing has confirmed he is on the verge of swerving Ghana Premier League giants as he is on the move to seal a deal with South African Premier Soccer League side Ajax Cape Town.

Blessing, who last Friday was adjudged most valuable player in the 2015/16 league season will undergo medical in the coming days ahead of a possible transfer.

His future has been speculated after winning the goal king award for last season – 17 goals with Kotoko and Hearts showing great interest in acquiring his services.

"Everything is going on well, hopefully I will be in South Africa on Wednesday to have a medical with Ajax Cape Town," he told Starr FM.

"So I am looking forward to that, I will leave and complete my deal with the Club on Wednesday God willing."

Last week, the local media reported he was targeted by Cape Town City FC in a US$ 200,000.

This comes after he rejected a mouthwatering move to Tunisian side CS Sfaxien.