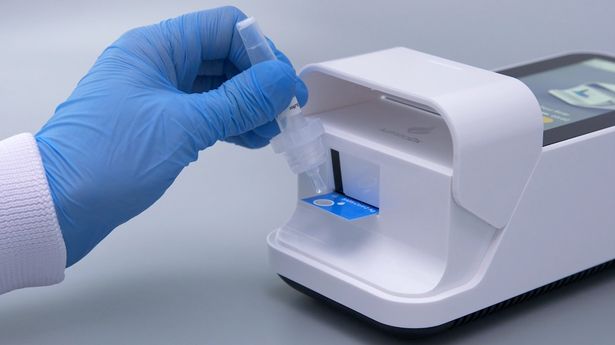 Management of LEDing Medical Laboratory, a Covid-19 testing centre has distanced itself from reports circulating in the media that a fake Covid-19 report was issued to a traveler to go to Nigeria.

This comes after one Portia Kissi Adu on an Accra-based radio, Starr FM revealed that she was given a fake negative-status Covid-19 report allegedly issued by LEDing Medical Laboratory to facilitate her trip to Nigeria.

Miss Kissi Adu indicated that she a staff of the airline asked her to pay ₵700 in exchange for the fake test certificate and permitted her to board the aircraft.

But a statement signed by the Laboratory’s Public Relations Officer, Dr Maame Fua Antwi-Gyamfi indicated that the fake Covid-19 test report was not issued by any member or staff of LEDing Medical Laboratory or LEDing (GH) Limited.

She further noted that the testing facility has security features on its test certificates to verify its authenticity at all times.

“Our test certificates also have a unique bar code which can be used to verify its authenticity and a mandatory check by the airline staff, in line with agreed protocols and directives issued by the Ghana Airports Company Limited and other industry stakeholders, would have revealed that the test certificate furnished to Ms. Kissi Adu was not authentic and did not originate from LEDing Medical Laboratory,” she noted.

She then assured the public that its medical test reports are protected are difficult to duplicate “without detection.

To unmask the individuals behind the illegal activity, Dr Antwi-Gyamfi revealed that processes for a legal action has been initiated.

She stated that the Criminal Investigations Department of the Ghana Police Service will be duly informed to uncover the fraudsters who are capitalizing on the vulnerability of the public.

She added, “We hereby request the cooperation of Miss Portia Kissi Adu, management of Starr FM and the management of ASKY AIRLINE with the Ghana Police Service in their duty to investigate and unravel the culprits behind the alleged incident.”

The Public Relation Officer also advised the general public to be “good ambassadors in the fight to end this deadly COVID-19 pandemic by refusing to patronize the activities of these dishonest characters when offered, no matter how convenient or appealing their activities may seem in the moment.”