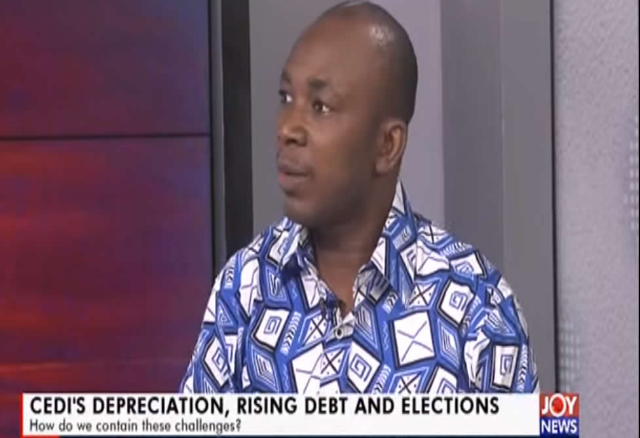 An Economist, Prof Godfred Bokpin has attributed the cedi’s depreciation to the failure of government to effectively execute ideas and plans to sustain the currency.

Discussing the rate of the cedi depreciation, Prof Bokpin stated that ideas on how to appreciate the cedi have always been available but little efforts have been invested to achieve its purpose.

He noted that the cedi’s instability is taking a toll on the economy and investment opportunities in the country.

“We have not been able to diversify the economy, increase our local content, do more export and it is catching up with us,” he stated.

The depreciation of the Ghana cedi against the American dollar and the British pound sterling has become a common trend in the past years.

The local currency has consistently struggled to stabilise against these major international currencies. Currently, the US dollar is selling at ¢ 5.73 whereas the British pound sterling is ¢7.45.

Director of C-nergy Ghana Ltd, Michael Cobblah, who was also on the show, noted that until the political will is consciously adopted to propel the cedi, a stabilised currency can never be achieved.

He cited an example with the rice production in the country but was quick to add that the country’s inability to complete the production process has not been helpful in Ghana’s bid to produce more local content to boost the currency.

“We are taking the right steps but we are not following the value chain so it becomes counterproductive.

“We have the product that is been done but nobody is buying and the farmers get frustrated and we go back to the same cycle of import. And where you import than you export your currency depreciates,” he explains.

Mr Cobblah on the issue of debt argued that loans are important for economic growth, but essence must be factored at the disbursement of the loans.

“Are you applying it to rake out expenditure or you are using it for productive sectors, where you make some profit?” he asked.