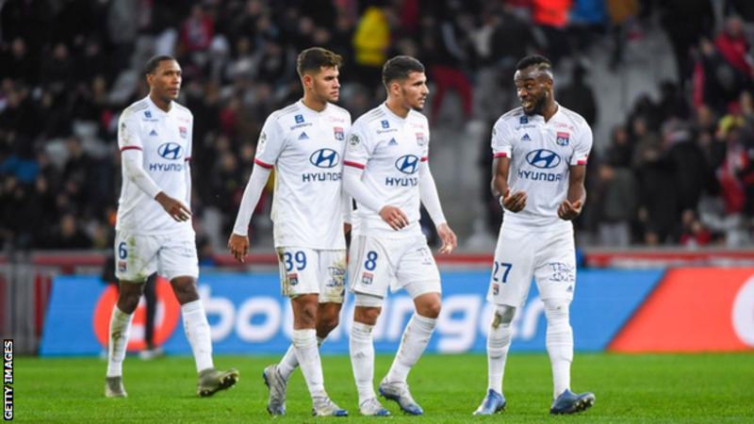 Lyon finished the season in seventh, missing out on European football

Lyon president Jean-Michel Aulas has called on French authorities to reconsider their decision to end the football season early.

On 28 April, it was announced the Ligue 1 and Ligue 2 seasons would not resume because of the coronavirus pandemic.

In a letter to France’s prime minister and sports minister, Aulas said French football would face an “unprecedented economic and social crisis”.

Lyon were seventh when the season was ended, so miss European qualification.

Ligue 1 is the only one of the big five European leagues to have ended its season, with the Bundesliga having resumed and the top flights in Spain, Italy and England hoping for June restarts.

The Dutch and Belgian leagues have also been terminated.

“The Bundesliga resumed matches on 16 May, Spain will resume matches on 8 June. Italy, Russia and Portugal have resumed collective training and England is working on a resumption after 19 June,” Aulas said.

“How can France not be downgraded very quickly and see its professional football devalued?”

The French government is expected to announce an easing of restrictions in the country on 2 June.

“Many developments and hopes are expected on this date, so that France can gradually regain a good dynamic,” added Aulas.

“Could we imagine that 2 June is also a great opportunity to rectify the mistake concerning French football and to allow, with a health protocol used everywhere, a gradual resumption of training and, why not, a resumption of the 2019-20 season over the months of July or August?”

Last week, Lyon were one of three clubs, alongside the relegated Amiens and Toulouse, to have appeals against ending the Ligue 1 season early rejected.

DISCLAIMER: The Views, Comments, Opinions, Contributions and Statements made by Readers and Contributors on this platform do not necessarily represent the views or policy of Multimedia Group Limited.
Tags:
Coronavirus
French Ligue 1
Lyon