Arsenal were merciless in dispatching a frankly appalling Basel 4-1, qualifying for the last-16 as group winners thanks to Ludogorets’ surprise 2-2 draw at PSG.

It only took Arsenal eight minutes to score their first, a move the length of the pitch given impetus by Alexis Sanchez's pass for Kieran Gibbs, whose cross was turned in almost apologetically by Lucas Perez on his return from injury.

And it only took a further eight minutes for Arsenal to double their advantage, another period of passing elevated first by Sanchez, then by Mesut Ozil, to again free Gibbs, whose shot was palmed out to Perez; again, he had time to plot his close-range finish. 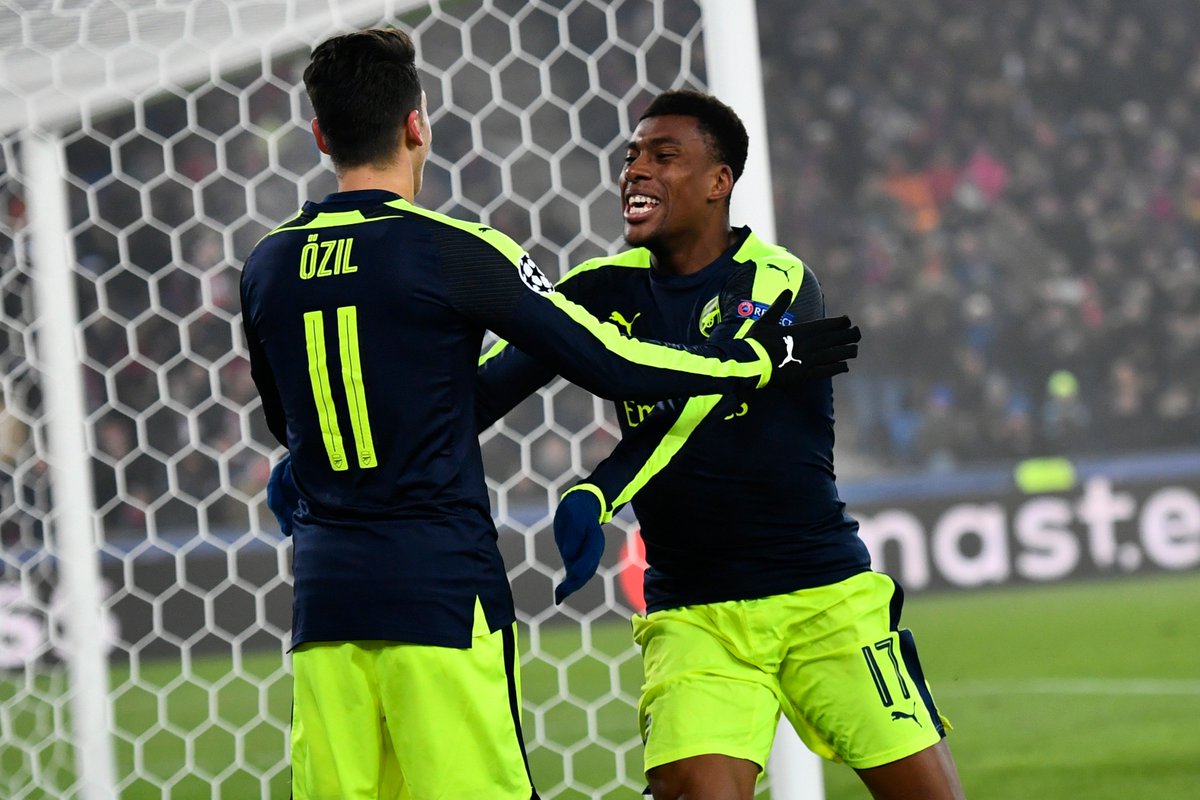 Basel improved slightly thereafter, but just after half-time Arsenal scored again, Perez completing his hat-trick after Gibbs' through-ball found its way through Sanchez and into his path, and on 54 minutes, Alex Iwobi scored his first of the season, Sanchez's pass releasing Ozil, who teed-up a tap-in.

Arsenal coasted through the remainder of the game, allowing Seydou Doumbia, on as a substitute, to craft and finish a delightful consolation, but as they ambled down the tunnel and the final whistle blew in Paris, an already excellent night became a perfect one.