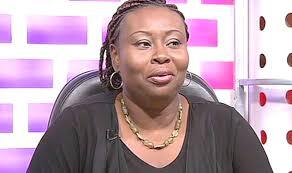 Gender Activist and Lawyer, in reaction to the lynching of 90-year-old Akua Denteh, has called on the National House of Chiefs to restart the codifying of customs law.

Dr Angela Dwamena-Aboagye said this will make it possible for customs which are contrary to the country’s rule of law, human rights, and the Constitution will be taken out.

“It is time to call on the National House of Chiefs to take up that particular project again because Article 26 (2) says that any cultural practice that harms another person, that affects the welfare of another person is prohibited,” she said on the Super Morning Show, Monday.

The Executive Director of the Ark Foundation explained that bringing this project back to be completed will help in tackling cultural issues such as accusing people of witchcraft.

According to her, the project stalled because “at the back of people’s minds this is the way we are, this is our culture and that we shouldn’t let go of some of these things.”

The woman identified as Akua Denteh was accused of witchcraft by a local fetish priestess.

This incited the inhabitants of the community against her and culminated in her gruesome murder.

Condemning the act, Mrs Dwamena-Aboagye insisted that if the country is going to be serious in stopping the barbaric culture of publicly blaming, shaming and accusing the vulnerable of witchcraft, then it is time for chiefs across the country to take responsibility for all their locals instead of denying the existence of such acts in their communities.

She indicated that the problem is widespread across the country, not only in the northern parts of Ghana but also in the southern hemisphere in the form of prayer camps.