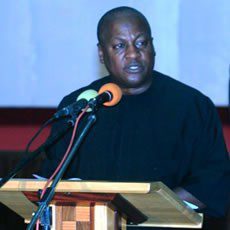 A member of the Convention Peoples Party (CPP), James Kwabena Bomfe Jnr., says he is incensed by the attitude of government towards addressing the harsh economic challenges confronting Ghanaians.

According to him, the “PR propaganda” driven Mahama-led administration has “taken our leniency to be our weakness”,

“We have not shown government how angry we are; Ghanaians are too docile that is why President Mahama is taking us for granted”, he stated.

Kabila, as he is popular called, was speaking on Asempa FM’s Ekosii Sen programme on Friday.

He said the Mahama-led administration is “an adversely selected government” that is why it is "insensitive" to the plight of Ghanaians.

The former CPP National Youth Organizer further intimated that the “economic mess” experiencing in the country is self-induced by "government to punish Ghanaians".

He could not fathom why  a nation endowed with natural resources will allow its citizens to languish in abject poverty.

“We are sowing seeds of discord; what is happening, is a bad omen for the youth and the northern folks because President Mahama has failed woefully.  People are angry”,  he exclaimed

Kabila said "so long us we allow them [government] to lead us on this path, they will never change”.