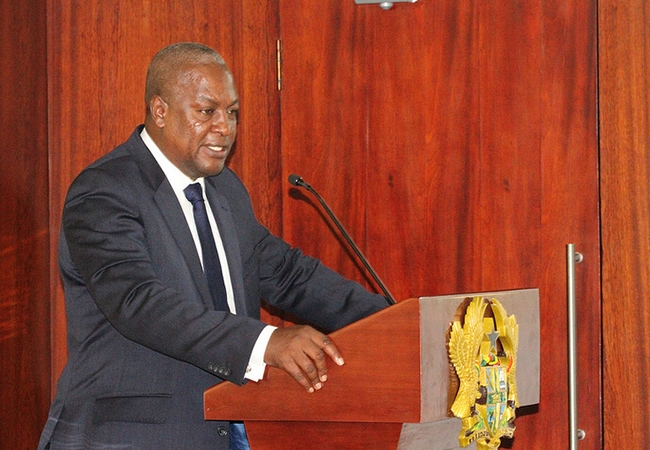 Ghana’s President and Ecowas chairman John Mahama has opened an emergency ECOWAS summit in Accra Friday with a call on leaders to unite in the fight against terrorism which he described as a global phenomenon.

Eight Heads of State are participating in the summit, while the others are being represented.

The summit, among other things is aimed at preventing acts of terror from gaining root in the subregion.

High on the agenda is the security situation in Northern Mali and Nigeria where terrorist groups threaten the territorial integrity of those countries.

President Mahama says the fight against terrorism is one that requires collaboration.

"Terrorism is not only a West African problem. It is a world problem. To ignore our responsibility for the eradication of terrorism is to risk the economic and developmental potential of our individual nations and indeed of our entire subregion.

"But far more important than that is to risk the lives of our citizens," the president stated.

John Mahama welcomed the support from other countries in the fight against terrorism.

"We must also take into consideration the increasing demographics of our sub-region. Our population is increasing dramatically…We are not creating enough jobs fast enough to absorb the growing numbers of graduating youth.

"Our social intervention and safety nets are not sufficient to cushion the poor and the vulnerable.

The president warned if the current economic inequality continued it could be a potential for violence.