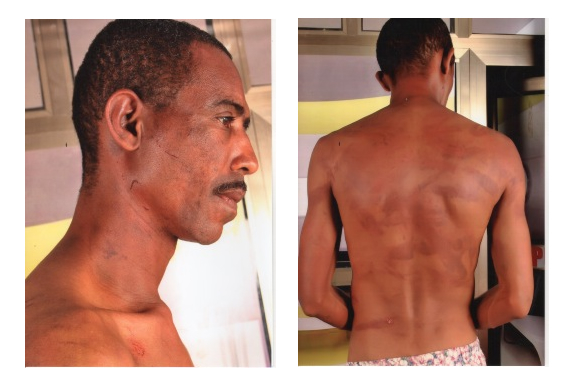 Former Member of Parliament (MP) for Asokwa Maxwell Kofi Jumah has been invited by police for allegedly spearheading a brutal attack on a middle-aged man.

The victim, identified as Jamel Agha, said Kofi Jumah and six others accused him of stealing a mobile phone belonging to the former Kumasi Mayor and consequently subjected him to hours of severe beatings.

The 47-year-old man who spots severe bruises and lacerations on his body says the former MP and his body guards beat him with sticks while the MP pointed a gun at him.

The former MP has denied assaulting the victim.

He told the police that man was being lynched but he intervened to save the victim’s life.