Man escapes prison by disguising himself as a woman 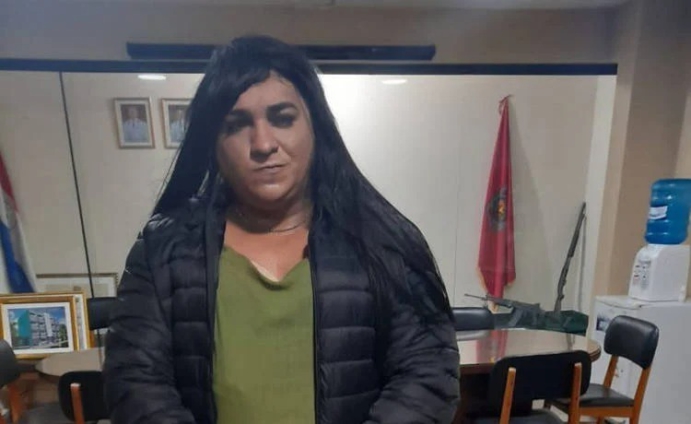 Over the past couple of days, news headlines in the South American country of Paraguay have been dominated by “Gordito lindo” (Cute fatty), an inmate who managed to walk out of prison by dressing as a woman.

On Sunday, César Ortiz, a supposed leader of the Rotela crime gang, escaped Tacumbú National Penitentiary by simply walking out through the front gate.

Along with his freedom, he also earned the nickname “Gordito Lindo” or “Cute fatty”, because he disguised himself as a woman in order to fool the guards.

His disguise made such an impression on the public that the “Gordito Lindo” nickname stuck.

Ortiz made his daring escape after a conjugal visit. He entered the private room with a woman and walked out wearing an elaborate female disguise that managed to fool guards at several checkpoints. In a video that has been doing the rounds online, he is seen leaving through the main door of the penitentiary with several bags and wearing a facemask.

Although Gordito Lindo’s prison escape was probably easier than even he had anticipated, his freedom was short-lived, as police captured him only a couple of hours later. He has been taken into custody and is scheduled for transfer to another penitentiary for security reasons.

César Ortiz was serving a prison sentence of three years, nine months and twenty days for aggravated assault and robbery. His sentence has likely increased after Sunday’s incident.

An official investigation into how such a simple prison escape was even possible is currently underway, and the security officers on duty at the main gate of Tacumbú National Penitentiary have already been suspended.

This isn’t the first daring prison escape we’ve featured on Oddity Central. A few years ago, we wrote about a thin inmate who tried to break out of prison by hiding in a suitcase and being carried out by his visiting girlfriend.

Then there was the guy who disguised himself as his teenage daughter, and the Turkish man who switched places with his identical twin brother.