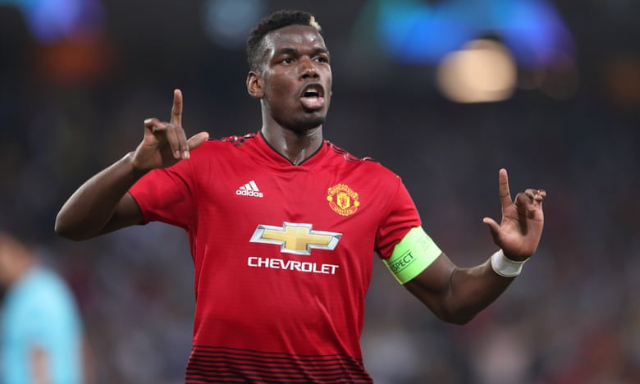 Manchester United midfielder Paul Pogba has claimed he has been barred from talking to journalists after his criticism of the team in recent weeks.

The 25-year-old lamented United's lack of urgency going forward and slow build-up play in the wake of their 1-1 draw against Wolves on September 22, which saw him stripped of his vice-captaincy duties by Jose Mourinho.

The World Cup-winning playmaker has managed to retain his place in the starting XI since then, but he has reportedly been banned from speaking to the media after games by club officials amid claims of unrest in the United dressing room.

Pogba indicated there was an issue with his free speech after Saturday's defeat against West Ham United, where he was asked to comment on the game by reporters as he left the London Stadium, to which he responded: "You want me dead?"

However, it now appears that the France international has been formally warned, as he once again replied bluntly to media requests after Tuesday night's game against Valencia, saying in the mixed zone: "I’ve been told I’m not allowed."

With his right to speak currently inhibited, Pogba instead took to social media to reassure fans after Tuesday night's game, as he wrote: "Let’s keep fighting United."

Pogba's declining relationship with Mourinho has been well documented over the last two months, with rumours of a discord between the pair overshadowing the Red Devils' start to the 2018-19 campaign.

United are out of the Carabao Cup, nine points behind their title rivals in the Premier League and, as a consequence of the 0-0 draw against Valencia, facing an uphill battle to qualify for the next round of the Champions League in top spot.

There was another major break in the Pogba-Mourinho story last week, as the pair seemed to be engaging in a frosty confrontation on the training ground, which sparked more speculation that the Frenchman is hoping to seek a move away from Old Trafford.

United take on Newcastle at home on Saturday in the Premier League, which is now a huge game for the club as they try to get their season back on track quickly.