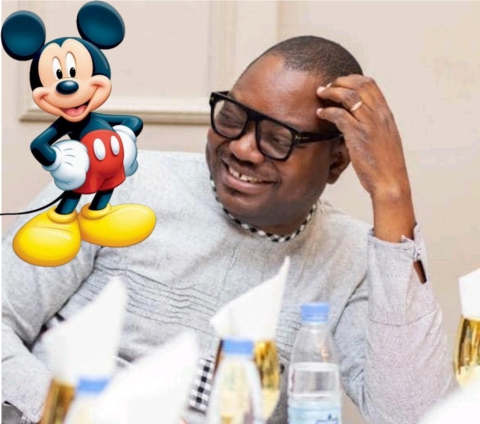 This Malawian came to a conference in Ghana over a decade ago. At closing dinner, he decided to eat everything on display forgetting that our cultures vary.

Unlike in Tanzania where grass-cutters behave just like cats, always in the company of humans, the grass-cutters in Ghana take a second look at the people around before crossing a street. They can’t afford to make such fatal mistakes!

was shocked to learn in another nearby country that most of the people do not eat crabs! Ei, some African nationals don’t know delicious food koraa oo. As for snails, I don’t want to talk about it. Snail meat is more expensive than goat meat. I wonder how much effort goes into catching a snail as against catching a male goat.

I still don’t understand why many of my Naija friends still don’t eat kontonmire because they consider it as poison! Ironically they eat brorb3 leaves! Ah ah! Different ‘colours’, one people!

Anyway, where was I koraa? Yes, this Mallawian friend decided to eat everything on the table they had set as buffet. First, he scooped rice, waakye, kenkey, jollof rice, tuo zaafi. Finally he added banku, and  guess what he put on top of the banku…salad! Abeg, is the word pronounced ‘bufey’ or ‘baffet’. This language sef. When you are young, ‘bufey’ applies; as you grow older, it turns into ‘baffet’. No wahala. The name of unripe plantain changes when it ripens!

Please when you attend a conference outside Ghana and you are not familiar with the major staple food of the people, just eat rice!

It is amazing how Kennyans prefer to chew more meat to eating carbohydrate-‘infested’ meals. The opposite is the case for us, Ghanaians. ‘Madam, give me fufu ¢5, wele 1 cedi all under the pretext of lowering cholesterol! It’s a scam!  It is a poverty alleviation strategy, anaa?

When your barber says don’t look into the mirror when he is cutting your hair, you better be cautious especially if both of you have had a history of one of you snatching the girlfriend from the other. Badu was a close pal. We met this girl in the early 2000s when were both fresh from university. He was interested in the girl but I was the first to let him know I was also interested in her. You know, I used to be shy but now di333 God has been faithful! Hahahaaha! The girl also liked both of us. I was taller than Badu. Badu was more handsome. This, I know for a fact. That is the reason anytime a lady tells me: ‘Oh Mawu, you are handsome’, I immediately tell her not to deceive me because I know myself.

I don’t know what happened we both never got the opportunity but we were still pursuing her on the quiet and unknown to each other.

Then I was to attend a party the girl had invited me to. I needed the best haircut. Badu was a good barber so I pleaded with him to give me a moderately nice haircut. He agreed on condition that I should not look into the mirror till he is done cutting my hair. I obliged. I was comfortable until I realized that anyone passing by looked my direction and laughed and shook his or her head…in amazement. I didn’t get it initially and was not the least suspicious. He finished giving me a nice haircut and I was sure I would meet Maabena at the party when the ‘transaction’ would be completed and the game would be over for Badu.

After the haircut, I don’t know whether I was under some spell. I had dressed up and strangely never looked into the mirror before leaving the house for the party. When I sat in the trotro, other commuters were laughing over nothing. Just upon arrival at Dansoman, a bold middle-aged midlife crisis infested man approached me and remarked: “Krakyi, ad3n” (to wit: young man, why’? I asked him what he meant.

He was like I should look for a nearby barbershop for redressing because I looked really awful. You know those days the basic tools were a razor blade and a comb. A good barber held both in such a way that the particular punk style was maintained. But I recalled when Badu was cutting my hair, the position of the blade kept shifting on the comb. You know, when this happens, technically the style is distorted and apparently, Badu used the opportunity to ‘finish me’.

Where was I going to get Badu to confront? Besides even if met him, I couldn’t have done foko; he had six packs and me, bones! Weytin concern me with bad haircut; after all, it will grow again, I consoled myself. Beware of who is praising you. The devil offered Jesus tea bread o, no stone. Yooo!

It only reminded me of what happened in 1988. Still growing up, I visited my cousin and her husband who were just living nearby. This man was 40 years older than my poor young cousin; yes oo. Hmmm!

He asked me if I could barber him. In other words, cut his hair as he was preparing to attend a funeral. As a young man, I didn’t want to disappoint him so I said ‘fiiinnn’. All he needed was a nice haircut and thought I was the best person in the whole world to do this for him, he thought – eeeei!

In a very unstable posture, I started with a razor blade and small comb; there were no known clippers then.

Ei. Can I? What made life more difficult for me was the fact that his head and hair were not ‘straight forward’ – no formula, no shape. The patterns were similar to a savanna vegetation – hair here small, no hair there and it goes round and round. I didn’t know which part to cut first and which one to maintain. I chopped bits and pieces of all ‘green’ areas in no particular order. What an in-law’s head!

To worsen matters for himself, he wouldn’t keep quiet too; he kept singing unknown songs, threatening me indirectly. I was sure he had a feeling ‘it’ was not going well.

I ‘dressed him well well’. Fortunately or unfortunately for him, he looked into the mirror and was compelled to undress immediately. He forgot about the funeral that day! He couldn’t hide his displeasure but reprimanded me in no uncertain terms. Since then I’ve learnt how to say ‘I cannot’ if I know I really cannot.

The anger over me was transferred to my cousin over nothing oo. Who cares; my back case. That was when I got to know of ‘anger transfer’.

My in-law bought a puppy and named it ‘Mawuli’. He could beat the dog and feel good about it.

Mr Samo, abeg, until you cut your hair at the right salons, never assume every in-law is worth a barber and be bold to say YOU CAN’T if it is not your area of competence!

Beware of people who are in some form of competition with you especially if they want to cut your hair. It may also come in another form. Look into your drink with both eyes open when in public gatherings. The world has always been a competitive one where some people smile at you and still wish you the worst. If in doubt, remember Cain and Abel but for me, I will look into the mirror the next time Badu is giving me a haircut.

As to whether this weekend will be a happy one or otherwise for you, everything depends on YOU. Happy yourself for you are not the first person to have problems and will certainly not be the last. Tataaaaaaaa!