Meghan Markle wanted to live in Windsor Castle and be seen as a princess, royal expert claims 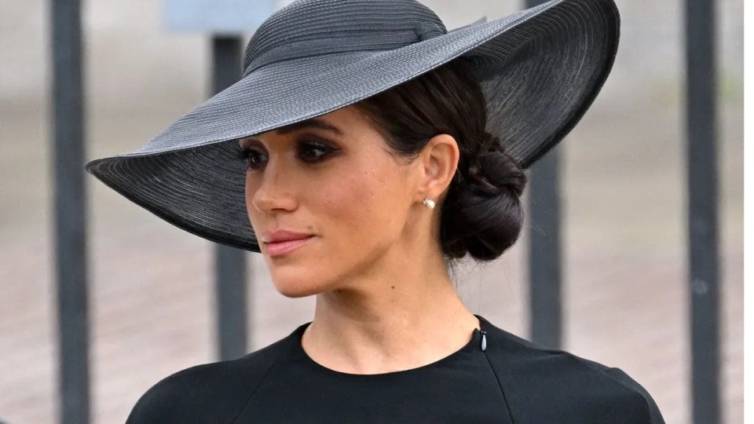 Meghan Markle wanted to take up residence at Windsor Castle after marrying Prince Harry but was given Frogmore Cottage instead, a royal expert told Fox News Digital. Karwai Tang/WireImage via Getty Images

Meghan Markle wanted to be seen as a princess, which is likely why she and Prince Harry requested to reside at Windsor Castle after marrying.

Prince Harry and Markle married in 2018 and moved into Frogmore Cottage. The home is located on the grounds of Windsor Castle and is property belonging to the Crown Estate.

However, Markle seemingly didn’t want to live there.

“Part of me wonders if Meghan constantly evaluating what Prince William and Catherine had versus what she was offered is what initially instigated the Windsor Castle pursuits,” Schofield said.

“It is clear that Meghan wants to be seen as a princess, and a princess needs a castle.”

Queen Elizabeth II’s decision to give Frogmore Cottage to Harry, Duke of Sussex, and Markle, Duchess of Sussex, might have stemmed from the couple’s propensity for drama, according to the royal expert.

“Windsor Castle had always been a sacred escape for Queen Elizabeth, and based on the amount of drama that the Sussexes had caused in such a short amount of time, I don’t think the queen wanted them right under her nose,” Schofield said.

“Additionally, Prince Harry and Meghan seemed resentful of royal responsibilities and the attention that comes with it,” she added, reiterating that the Sussexes clearly prioritized privacy. “Would they have been able to tolerate the amount of tourists that come through the Windsor Castle grounds regularly or would that kind of attention have proven to be a burden?”

After Harry and Markle stepped back from their royal roles in 2020, the couple moved to the U.S. They now live in California with their two children, Archie and Lilibet, although Frogmore Cottage is still technically their residence when visiting the U.K.

Markle even noted in an interview with The Cut that the couple still has items at Frogmore Cottage — including a diary she kept while living there. The former actress uncovered the journal while visiting the U.K. for the queen’s Platinum Jubilee in June.

“You go back and you open drawers and you’re like, ‘Oh my gosh. This is what I was writing in my journal there? And here’s all my socks from this time?’” Markle told the outlet.

The couple most recently stayed at Frogmore Cottage during the 10-day royal mourning period after the death of Harry’s grandmother, Queen Elizabeth II.

DISCLAIMER: The Views, Comments, Opinions, Contributions and Statements made by Readers and Contributors on this platform do not necessarily represent the views or policy of Multimedia Group Limited.
Tags:
Meghan Markle
Princess
Windsor Castle