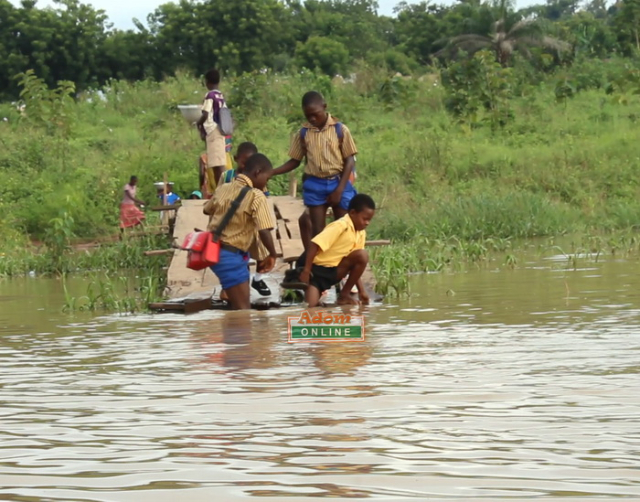 The Central Regional Minister is set to liaise with his Ashanti Regional counterpart to build schools in the Ashanti Region communities around River Ofin as it has emerged school girls are prevented from crossing the river when they are menstruating.

The 'directive' from the gods also bars women from crossing the river on Tuesdays.

This situation has adversely affected the education of girls in the Ashanti Region communities as they have to cross the river on a daily basis to access education on the other side.

In a meeting to coordinate and evaluate the performances of public basic schools in the region, the Upper Denkyira East Amoafo Circuit Supervisor of Education, Evans Acquah, made it known that the situation is resulting in a poor output in the performance of the girls in their final exams.

“I cannot see how a river god will rather be that discriminatory toward the girl child so we will pass it to the minister [regarding] the need to get a school”…an outraged Central Regional Minister said.

The order said to be from the gods, in turn, violates the Educational Rights of the girls as spelt out in Article 26 of the Universal Declaration of Human Rights (UDHR) which states that education must be made available to all.

The River, Ofin lies on the boundary between the Ashanti and Central Regions. Children from the Ashanti Region communities near the river cross it to attend school at the Kyekyewere community which is in the Central Region.

Meanwhile, Deputy Education Minister, Dr. Yaw Osei Adutwum, says the Ministry will take the issue up so school children would not have to cross a river to go to school.

He was speaking while on a tour of the Greater Accra Region to assess implementation of the free SHS programme.