Mercy killing: The story of parents with Cerebral Palsy children 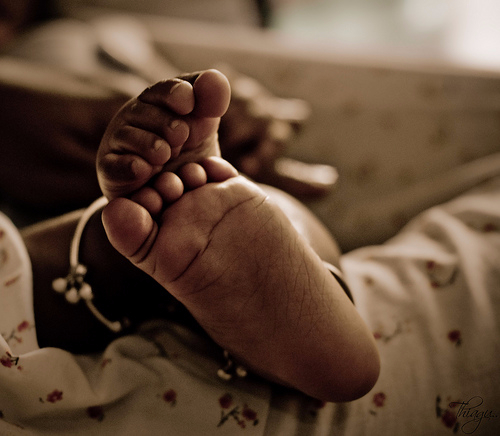 It has emerged that many parents with Cerebral Palsy children are contemplating killing them as others have already done due to the frustrations they are going through as a result of lack of support systems.

According to the parents, no special clinic exists to care for the children, cost of care is expensive, some schools reject them while those that accept such children end up maltreating them and worsen­ing their plight.

The above frustrations and sometimes rejection by family members has forced some parents to send their Cerebral Palsy chil­dren to shrines and prayer camps, where concoctions given to them end up killing the innocent chil­dren.

Cerebral Palsy is caused by jaundice in newborns, children lacking oxygen due to delayed birth or head injury at birth, among others.

Statistics available indicate that 1 in every 300 children in Ghana has cerebral palsy.

Currently, Ghana has only 105 physiotherapists, and therefore using a population figure of 23 million Ghanaians, it means 219,000 Ghanaians would depend on one physiotherapist.

It is clear from the above figures that many families in Ghana have children with cerebral palsy and that there are very few physiotherapists to treat them.

Speaking to The Finder, some parents of Cerebral Palsy children said they have to stop working in order to provide the needed care as schools and housemaids maltreat these children.

Some mothers say their hus­bands have abandoned them to their fate simply because of the lack of support systems in the country.

Some of the parents shared their moving experiences with The Finder.

Ms Rosemary Ladzi, mother of a six-year-old child with cerebral palsy, said: “I got frustrated to the point where I poisoned myself; I wanted to die. There is absolutely no social support.

“I do not know if government is aware of this,” she lamented, say­ing parents are going through hell."

Ms Rebecca Agama, another mother of a Cerebral Palsy child, said she took her child to a nearby creche to enable her have time to work, but the way the school treated her and the child got her.

“The owner of the school used to call me every time my child went to toilet to come and clean my child’s mess, even though I explained to her that I was making an effort to toilet train the child.”

Mrs Faustina Asiedu Larbi said: “The country has failed us. Churches, communities and fami­lies have all failed us. They actu­ally exploit us.”

Mrs Hannah Awadzi, Initiator of the Special Mothers Project, an ad­vocacy project on cerebral palsy, said: “It looks like our society does not have a place for children with special needs, and for that matter children with Cerebral Palsy.”

“Families are left frustrated to battle this by themselves; can we as a society have the courage to blame mothers who agree to kill their children with Cerebral Palsy?” she asked.

Mrs Awadzi said: “Sometimes it seems even the medical or health professionals do not really under­stand the situation.”

She called for a national dia­logue on cerebral palsy where par­ents, who are the rnajor stakeholders, will be invited to share some of the issues with all the stakeholders.

Children with special needs also have rights and there is the need for our society to accord them, as well as their families every right that they deserve.

Parents say the cost of medi­cines for management of cerebral palsy is on the high side.

For instance, one bottle of 125ml of Keppra, one of the anti­convulsants, costs GH¢625 and lasts for about one month.

A child has to use this drug for at least four years and start with­drawing gradually.

The cost of other drugs that last for a month includes Vigabatrin – GH¢200 while Baclofin, used for spasticity, also costs GHC70, de­pending on the dosage.

Some of the drugs, including Topiramate, is not in Ghana and has to be ordered from abroad.

Most children with cerebral palsy usually get constipation and need lactulose, which costs GH¢42 for two months.

It must be noted that a number of the drugs are not in syrup form and therefore after buying it, it has to be sent to the Mixing Unit at the Korle Bu Teaching Hospital for it to be transform.

Narrating their experiences, par­ents said the medicines prescribed for their children by doctors have serious side effects.

However, they only get to know these side effects after administer­ing the medicines to their children since most doctors do not explain the side effects to them.

Some parents even said the side effects experienced end up wors­ening the situation of their chil­dren.

For example, one parent who administered the medicine called Predinisolone when the child had spasms said it did not work.

Mrs Awadzi said she adminis­tered an anti-convulsant, and when she stopped giving the child that drug, frequency of convulsion increased because doctors did not explain the process of withdrawing the drug.

Consequently, she has decided to focus more on physiotherapy and now does not administer any anti-convulsant to her daughter.

Despite not administering any anti-convulsant, the child is show­ing appreciable improvement.

Mrs Awadzi, Initiator of the Special Mothers Project, an advo­cacy project on cerebral palsy, said parents have told her that with time they have to increase dosage of the drugs.

This poses other health threats because the anti-convulsants affect the liver, and therefore parents have to send their children for liver function test every six months.

Mrs Awadzi is of the view that schools, especially creches, should pay attention to such children.

She explained that this is impor­tant because when they are in school, they pick up development from normal children.

She called on doctors to priori­tise communication of the manage­ment of the children to the parents and involve the parents in decision making on drugs to be adminis­tered to the children.

She charged health officials to pay attention to such signs during child health promotion periods to ensure early intervention.

In Ghana, as in most countries where there are few services pro­viding therapy and/or education for children with cerebral palsy, there is a sense of fear of such chil­dren, and their mothers are often rejected by their communities and even their own families.

This leads to mothers facing poverty and isolation as children.

They need opportuni­ties to receive an accurate medical diagnosis and : explanation of their chil­dren’s condition, advice about how to help the children to develop the skills to be able to sit and stand and use their hands, and the possibility to meet with other mothers and share their experi­ences.

Dr Gloria Quansah Asare, Deputy Director General of Ghana Health Service (GHS), told The Finder that there is no systematic data on cere­bral palsy per se in Ghana.

“But they are seen and given care at health facil­ities and specialised care when indicated.

“We have indicated the need to have a more consistent action on data and service delivery for cerebral palsy and other developmental issues,” she added.

Dr Isabella Sagoc- Moses, National Co-ordi- nator of GHS Child Health, told The Finder that even though national data on cerebral' palsy does not exist, she was aware that Princess Marie Louise Children’s Hospital and Korle Bu Teaching hospital com­pile data on affected per­sons who seek treatment there