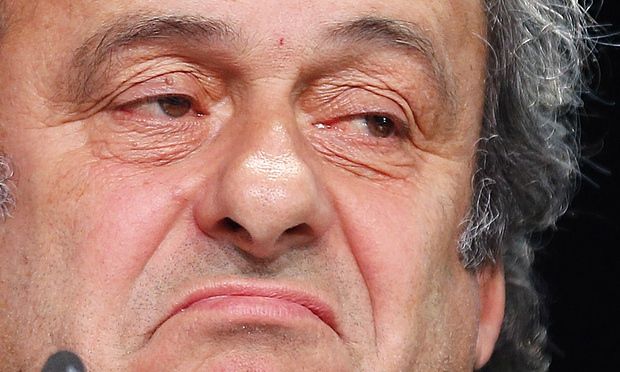 Platini and Fifa president Sepp Blatter were ruled to have abused their positions over a £1.3m ($2m) "disloyal payment" made to Platini in 2011.

Both men are appealing against eight-year bans issued on Monday.

"What was the Fifa ethics committee doing between 2011 when I was paid and 2015?" said Platini. "Was it sleeping?"

In an interview with French media agency AFP, the 60-year-old former France captain added: "Suddenly it wakes up. Ah yes, it wakes up in a Fifa election year when I'm a candidate. It's amazing."

Swiss Blatter, 79 – Fifa boss since 1998 – had already announced he was quitting with a presidential election in February – with Platini, also a vice-president, tipped to succeed him.

Platini has been in charge of Uefa – European football's governing body – since 2007 and was backed in a statement on Monday, with the organisation saying it was "extremely disappointed" with the decision.

He has submitted his candidacy but cannot stand while banned from all footballing activities. Both men are appealing to the Court of Arbitration for Sport.

Platini said: "I will fight. But then I'll take my responsibilities according to what happens.

"Whatever happens, my reputation has been sullied, I've been kicked in the teeth: I've been put in the same bag as Blatter."