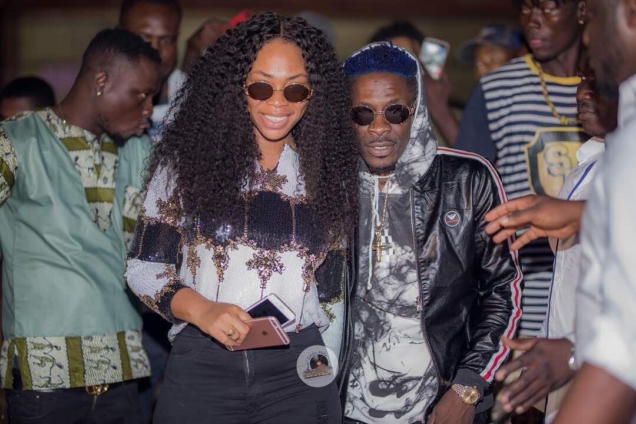 The ex-girlfriend of dancehall artiste Shatta Wale has responded to his request for a collaboration.

Diamond Michelle, also known as Michy, is seemingly hesitant to accept the offer to collaborate with Shatta Wale again.

This follows Shatta Wale’s decision to set aside his differences and work again with his ex-girlfriend and mother of his son.

“This is how it should be done…We built this “Symbol of hope”. Thank you. Now I can sleep.“In fact, let’s do another song. This time I won’t pay you in kind but cash. Kudos to BHIM nation.”

But Michy may be ready to take that step just yet.

“You won’t pay me in kind but in cash, but if I collect you right now, you go come dey radio early morning dey cry (sic),” she wrote on Snapchat.

The two have worked together in the past on a number of songs, including ‘Low Tempo’ and ‘Go Shordy’.

DISCLAIMER: The Views, Comments, Opinions, Contributions and Statements made by Readers and Contributors on this platform do not necessarily represent the views or policy of Multimedia Group Limited.
Tags:
Ashaiman To The World Concert
Michy
Shatta Michy
Shatta Movement
Shatta Wale
Shatta Wale ex girlfriend