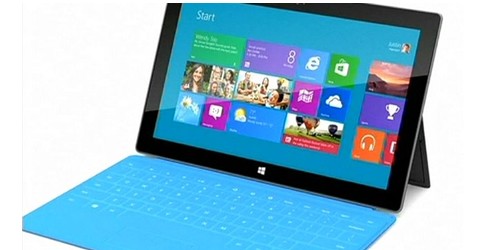 Microsoft has unveiled a touch-ready version of Office, the latest version of the company’s market-leading productivity software suite.

In San Francisco, Steve Ballmer described Office 2013 as the firm’s “most ambitious release” to date.

The software is primed for mobile devices, cloud computing, and social networking.

Office is the globe’s most popular productivity application, with a billion users worldwide.

It is also Microsoft’s key revenue driver, and keeping it fresh is how the firm intends to maintain its market lead.

Throughout his hour-long demonstration on Monday, Mr Ballmer and Kirk Koenigsbauer, vice-president of Microsoft’s Office division, highlighted how the software had been adapted to keep pace with technology changes.

Office 2013 is fully touch-ready, as is Windows 8, the company’s latest operating system, and its new tablet computer, Surface, which is expected to be available in October.

Surface will hit stores some two-and-a-half years after Apple launched its iPad onto the market, and analysts say the power of Office gives Microsoft its best chance at gaining a genuine foothold in the post-PC market.

For the first time, Word, Excel, PowerPoint, and Outlook are all responsive to touch-screen controls – taps, swipes, and pinch-and-zoom can be used within documents, files and presentations.

The user-experience is designed to be more “immersive,” “visceral” and “multimedia-rich” compared to earlier version of Office, Mr Ballmer said.

Documents, slides, and presentations can be marked up on mobile screens, drawn on, highlighted or annotated with a digital pen, stylus or even a finger.

Skype, bought for $8.5bn (£5.4bn) in 2011, and Yammer, a social network for businesses, are being rolled into Office: live, multi-party conversations and meetings can be created with Skype video and accessed within Word, PowerPoint, or Outlook.

New “People Cards” include an individual’s digital “presence” – a photo, options to email, instant message, phone or video chat, and activity feeds from the social networks Facebook and Linkedin.

Skydrive automatically saves and syncs all Office documents in an online, cloud-based storage service. This makes files and content created in Office available on demand across computing devices.

In 2011, Microsoft Office was worth $14bn, more than half the company’s profits, according to Michael Silver, a research analyst at Gartner.

“There doesn’t seem to be a lot of competition here because Microsoft still has over 90% of the market,” Mr Silver told the BBC.

While less expensive and free online alternatives to Office like Google Apps and Zoho have become available, no company is taking away significant market share from Microsoft yet, he said.

“Microsoft has been competing against free for over 10 years with the open source products and in terms of cheap with Google.”

“But the compatibility issues… [have] been a bigger hurdle for people than a lot of people would have expected and it has kept the vast majority of users in the Microsoft camp,” Mr Silver noted.

Andy McLoughlin, co-founder of Huddle, a cloud computing start-up in San Francisco that competes with Microsoft’s Sharepoint software for online content management, sees Office as dominant in the workplace, but faltering elsewhere.

“Office is still seen as the de facto productivity suite for the workplace,” he agreed.

“I think it’s got a few years yet. Microsoft is still pretty clever in terms of the way that they license the software for big companies and so there’s a certain degree of lock-in.”

“When you talk about consumers, though, I don’t really know any people who, unless they have a licence through work, would keep Office on their machine.

“Why spend several hundred dollars on software when you are really only using one or 2% of the functionality?”