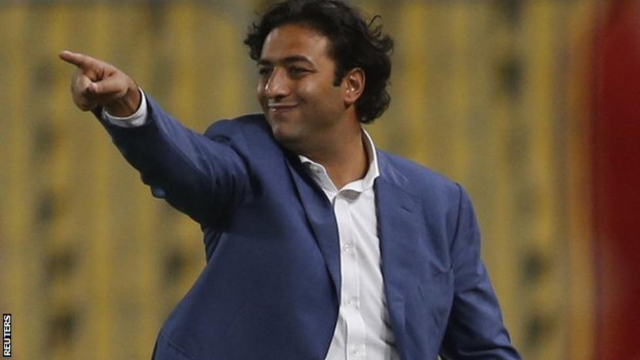 Former Tottenham and Middlesbrough forward Mido has been sacked as the coach of Zamalek for a second time after only 37 days in charge of the Egyptian champions.

He won his first four games, but a draw and a defeat was followed by a 2-0 loss to arch-rivals Al Ahly on Tuesday.

That left Ahly seven points clear of Zamalek at the top of the table.

Mohamed Salah takes over as interim coach while the club looks to recruit a foreign boss.

Director of football Hazem Emam, who was appointed at the same time as Mido, has also been dismissed.

Mido, who took over from Brazilian coach Marcos Paqueta, is the third coach sacked by Zamalek this season following the dismissals of Jesualdo Ferreira and Paqueta.

Mido retired from playing in 2013 and took on his first coaching role at Zamalek in January 2014.

During his first season in charge, Zamalek finished third in the league and secured a place in last year's Confederation Cup.

He also won the Egypt Cup, making him the youngest Egyptian manager to win a major trophy.

He was replaced in July 2014 by Hossam Hassan following some modest results and differences with the club management.