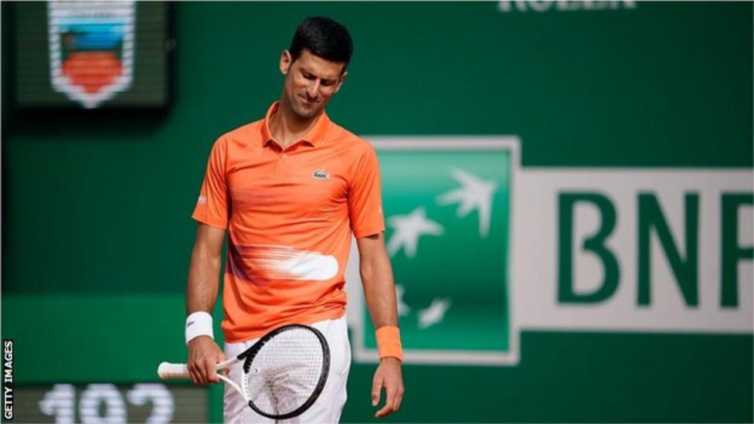 World number one Novak Djokovic went down to a shock defeat by Alejandro Davidovich Fokina on his return to the ATP Tour at the Monte Carlo Masters.

Djokovic was playing in his first tournament since February after missing the US hard court swing because of restrictions over his Covid-19 vaccination status.

Djokovic had his serve broken nine times by his Spanish opponent.

It is the first time the 34-year-old Serb – whose last match was a quarter-final defeat in Dubai – has lost an opener at a tournament since 2018.

“This win is so special to me because I grew up watching Nole [Djokovic] and I’m a big fan of his,” said world number 46 Davidovich Fokina.

“I knew Nole didn’t have the confidence because he didn’t play a lot this season. I had my chances in the beginning of the match and I took them.

“When he won the second set it was tough mentally, but I work hard to be focused. I had to be prepared for the war.”

Earlier, Britain’s Dan Evans cruised past Frenchman Benjamin Bonzi in straight sets to reach the second round in Monte Carlo.

The British number two was dominant in the first set but the second was more open, Bonzi taking a 4-1 lead before Evans rallied to win 6-0 7-6 (7-4).

Evans, a semi-finalist last year, will face David Goffin in the next round after he defeated Jiri Lehecka in straight sets.