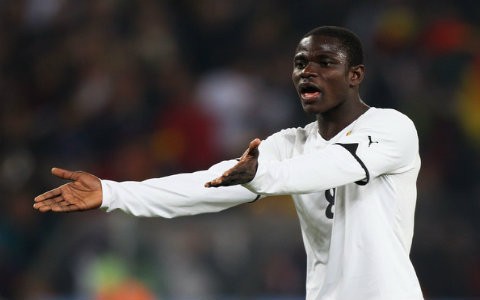 Black Stars defender Jonathan Mensah remains positive about Ghana’s chances of qualifying for the 2015 Africa Cup of Nations in Morocco, by saying he and his teammates will get victories in the home and away games against Guinea this month in Casablanca and Tamale.

The Black Stars will engage the Guineans  in Casablanca on the 11th, knowing that they can’t afford to drop any more points in the qualifying campaign, and then play the return leg in Tamale  three days later, where any result other than a win may not be enough for the team.

But the Evian Thonon of France defender says they know what is at stake, and they are going all out for victories.

“These games against Guinea are very important and we the players know it. We know how much we need to win these games because we want to go to the Nations Cup and win  our fifth  title,” he said.

“We are not taking Guinea lightly as we know they could also be dangerous but we must believe in ourselves and believe we can get the right results.”