Most Omicron cases are 'mild', there's no evidence to suggest vaccines may be less effective against it - WHO official - MyJoyOnline.com

Most Omicron cases are ‘mild’, there’s no evidence to suggest vaccines may be less effective against it – WHO official 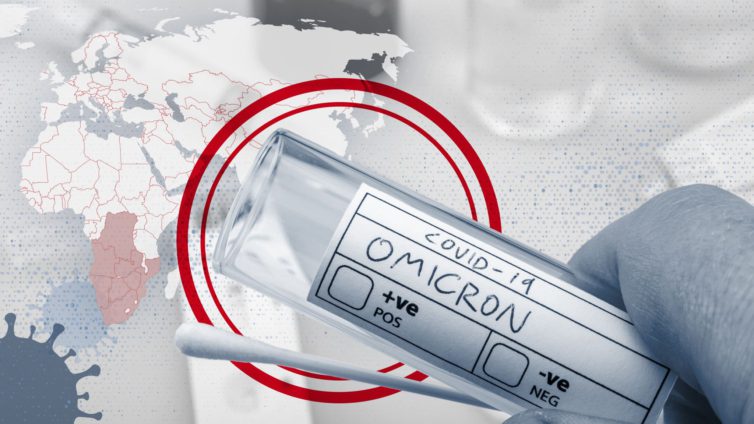 The World Health Organisation has also urged countries to apply “an evidence-informed and risk-based approach” to travel measures, saying blanket bans will not prevent the spread of the new Omicron COVID variant.

Early indications suggest most Omicron coronavirus cases are “mild”, an official at the World Health Organisation (WHO) has said.

Speaking on behalf of the organisation, the official said there is no evidence to suggest the efficacy of vaccines has been reduced by the new strain – but did say some mutations of the virus indicate an increased risk of quicker transmission.

They said more than 40 different mutations have been identified with the Omicron variant.

The WHO official, quoted by Reuters, added there is still a lot unknown about the new strain, but the early indications suggest that most cases are “mild”.

Giving evidence at the government’s science and technology committee on Wednesday, Professor Neil Ferguson, said it could be towards “the end of the month” before there is a clearer picture of how worrying Omicron is.

He said: “Viruses will evolve to become more transmissible.

“It looks like, but we haven’t had it proven yet, the Omicron variant may confirm to be that latter type of evolution.

He added: “What we have seen is Alpha has been more severe than the previous strain, a little, and Delta more severe again, so the trend we’ve seen is greater severity not less severity – thankfully countered by better treatment by monoclonal antibodies, antivirals and all the other drugs, that mean people have a better chance of surviving severe COVID today than they did at the start of the pandemic.”

It comes as experts on the New and Emerging Respiratory Virus Threats Advisory Group (NERVTAG), which advises the government, warned the new strain could trigger a surge in virus infections bigger than previous waves in the UK with a risk it may overwhelm the NHS.

A top official in Botswana’s health ministry said on Tuesday that 16 out of the 19 cases of the Omicron variant detected in the country were asymptomatic.

The WHO has also agreed to launch negotiations on an international treaty to prevent future pandemics.

The specialised agency for the United Nations said it would begin talks on the agreement which would also look at how to control pandemics in the future.

Vaccine inequity remains one of the most concerning features of the international response to the pandemic, with lowest to middle-income families having the lowest rates of vaccination.

The decision was adopted by consensus at WHO’s special ministerial assembly of its 194 member states, drawing applause from delegations at the end of a three-day meeting.

Such an agreement to improve measures to prevent and fight pandemics is expected to be ready in May 2024.

It is due to cover issues from data sharing and genome sequencing of emerging viruses to potential vaccines and drugs derived from research.

“The text before us is the product of extensive discussions, of frank exchanges and of compromises,” said Australia’s ambassador Sally Mansfield, who co-chaired the working group.

“Let us move forward together in solidarity to do the hard work that we have ahead of us.”

The European Union (EU) had pushed for an international legally binding treaty, along with about 70 countries, but Brazil and India were among those reluctant to commit to an agreement, diplomats said.

The WHO said China has still not shared some of its early data that might help pinpoint COVID’s origin.

The decision to launch talks on the international agreement was welcomed by the United States, with its UN Mission in Geneva saying: “This momentous step represents our collective responsibility to work together to advance health security and to make the global health system stronger and more responsive.”

In parallel to the negotiations on a pandemic treaty, the US committed to working with other members on “targeted amendments” to the 2005 International Health Regulations, it said.

The measures would aim to boost implementation and compliance on issues such as “early warning alerts, timely information sharing, and rapid risk assessment”.

The agreement to launch talks on the international treaty comes following the identification of the new Omicron COVID-19 variant in South Africa, which has now been detected in several countries across the world.

As a result, more than 50 countries were reportedly implementing travel measures aimed at stopping its spread, the WHO said.

In an attempt to stave off hasty global border restrictions, the organisation called on countries to apply “an evidence-informed and risk-based approach” to travel measures.

Blanket travel bans will not prevent the spread, and they “place a heavy burden on lives and livelihoods”, the WHO added.