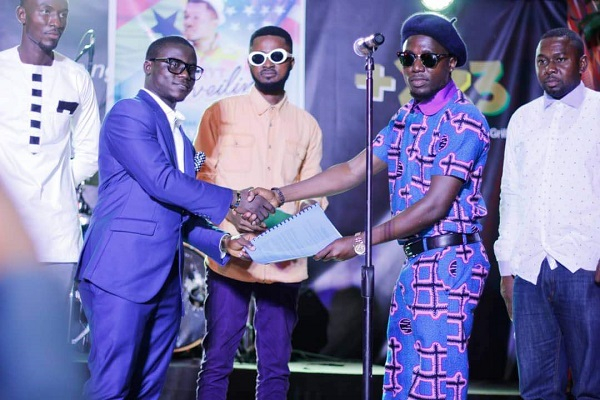 Young Highlife musician, Bright Owusu Anti, known in showbiz circles as B-Ryt has revealed his intention of reviving the highlife genre which he claims is "going down".

According to him, there is the need to resuscitate the once vibrant music genre that unearthed talents like Daddy Lumba, Kojo Antwi and others.

Though he admitted that the new crop of highlife artistes are performing well, he believes the bar can be raised a notch higher.

B-Ryt, a former MTN Hitmaker 6 contestant made this known during his record signing deal with the US-based label, Brilla Squad Entertainment.

The event took place at the +233 Jazz Bar & Grill in Accra on Saturday.

The artiste performed some of his songs as well as that of other popular tracks by Highlife greats.

B-Ryt hopes to blend Highlife with Afro-Pop and plans to label the style as ‘AfroLife’.