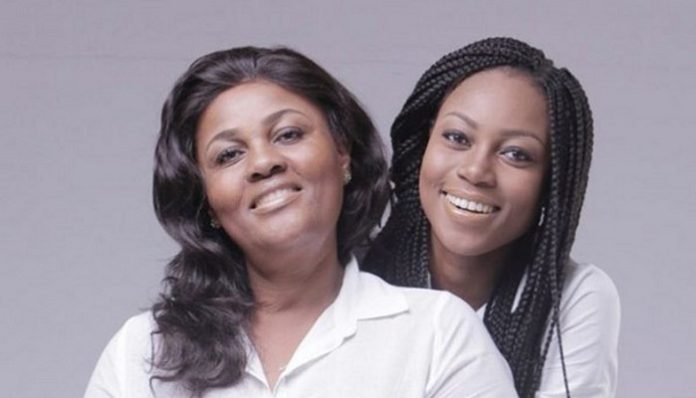 Many successful people have families that stand as support pillars, but this is not the case for Yvonne Nelson.

The actress revealed for the first time that her family, especially her mother, has never watched any of her movies since she began her career in 2007.

She detailed that her mother has never been interested in any of her movies; those she featured in and the ones she produced herself.

“You know African mothers; they see entertainers as the unserious ones. So since I started she has never watched any of my movies before, not even one. It bothers me but I haven’t had the conversation with her. Even with the movies I produced she has never been at the premiers or watched them before,” she revealed in an interview on Onua FM.

According to her, the situation is so serious that should her movies pop up on any TV channel, she is sure, without a doubt, Madam Margaret Gaddy will change the channel.

Yvonne Nelson revealed her mother has an interest in other movies, especially soap operas but the situation is not the same for her movies because her mother simply does not believe in her talent.

Even when the 37-year-old actress made a move to have her mother watch her movies together, they did not watch beyond a single scene, she noted.

“Even when I get awards, they do not even mind, same with my two siblings. When I was banned in 2010, I was very depressed and wouldn’t even go out of my room and they still did not care. They are simply uninterested.”

Yvonne said she believes her mother’s identity as a preacher is a contributing factor, as well as some of the sensitive roles she plays.

However, she is calling those who believe in her talent to gather at the Silverbird Cinema on February 10 to watch her latest self-produced movie, Kotoka.

DISCLAIMER: The Views, Comments, Opinions, Contributions and Statements made by Readers and Contributors on this platform do not necessarily represent the views or policy of Multimedia Group Limited.
Tags:
Yvonne Nelson