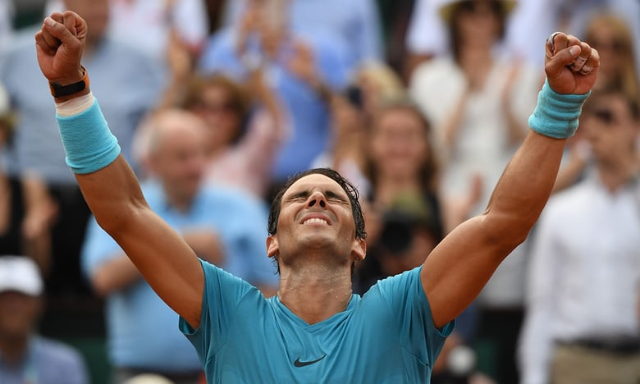 The Spaniard edged an intense opening set, tightening his grip in the second.

And he increased the tempo further, consigning Thiem to defeat in his first major final when the Austrian sent a return long.

Nadal is the only second player in history to win the same Grand Slam on 11 occasions after Margaret Court, who won 11 Australian Open titles between 1960 and 1973.