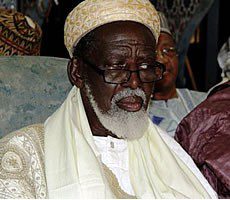 The National Chief Imam Sheikh Nuru Shaributu is appealing to Muslims in the Volta Region especially those in the Hohoe municipality to exercise restraint as security personnel in the region attempts bringing to an end a two-day ethnic violence that has so far claimed two lives.

The unrest at Hohoe on Monday has also resulted in the imposition of a curfew.

Violence erupted over the weekend following the exhumation of the body of a Chief Imam, Alhaji Alhassan ostensibly on the orders of the Chief of the town, Togbe Gabusu.

He also commented on how serious the exhumation of the Chief Imam’s body was, especially since Alhaji Alhassan was a father figure for many middle-aged Muslims in the Hohoe municipality.