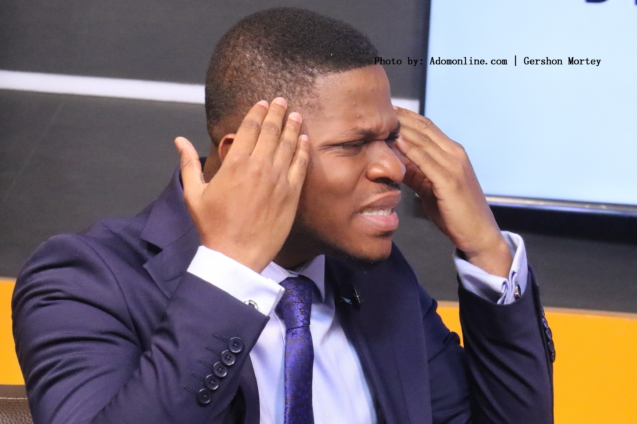 The NDC National Communication Officer, Sammy Gyamfi has accused the party’s leadership in Parliament as well as the Speaker, Alban Bagbin of betraying the party.

“And we, must not let them succeed in their parochial quest to destroy the NDC, the party that has done so much for them and all of us. The shame they have brought on the party will forever hang like an albatross around their necks,” he said in a piece on his Facebook page, March 4, 2021.

His accusation comes after the NDC MPs on Parliament’s Appointments Committee approved Defence Minister-designate, Dominic Nitiwul and later approved three other rejected Ministers-designate when they were brought before the House.

Food and Agriculture Minister-designate, Dr. Afriyie Akoto polled 53.96% with 143 votes out of the 265 ballots issued with one spoilt ballot.

With Ghana’s Parliament still composed of 137 NPP MPs, 137 NDC MPs and one independent candidate, it shows some MPs from the NDC side had voted to approve the Ministers-Designate.

Parliament has thus approved all 13 ministerial nominees in the Appointment Committee’s report.

The NDC Communication Officer described the phenomenon as a grave betrayal to the party and tantamount to destroying the NDC.

“These are hard times for all of us but we should not let the betrayal of a few quench our love for the great NDC. Rather, let it strengthen us to fight for this party. We all have an equal stake in this party. They are few, we are many. Some have sold their conscience but ours is intact. And we, can work together to rebuild the party from the ashes of 3rd March, 2021, which I call “Black Wednesday”- Our day of self-inflicted shame.”

He has therefore charged that the leadership of the NDC’s Parliamentary group be changed as its current leadership has “lost their moral authority to lead and are not fit to sit on the front bench of the NDC side of the house.”

“More importantly, it’s about time we understood, that we don’t have any NDC Speaker of Parliament. No we don’t! We have a Speaker who rode on the back of the NDC into Office to pursue his own parochial agenda and nothing more. You trust them, at your own peril,” he warned.

DISCLAIMER: The Views, Comments, Opinions, Contributions and Statements made by Readers and Contributors on this platform do not necessarily represent the views or policy of Multimedia Group Limited.
Tags:
Alban Bagbin
Haruna Iddrisu
Muntaka Mubarak
National Democratic Congress
Sammy Gyamfi