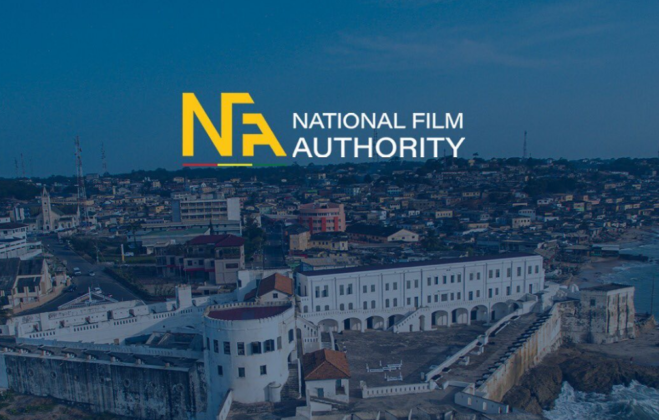 The National Film Industry on Wednesday, December 8, created some controversy when they held an event to unveil the new name for the Ghana Film Industry.

The name Black Star Films was not widely accepted as the Authority may have hoped with many people calling for a review.

Speaking on Showbiz A to Z, on Saturday, some stakeholders in the entertainment industry voiced out their concerns not only about the name but the need to move the industry forward as well.

Member of the committee selected to deliberate on new names for the industry, veteran actor Abeiku Sagoe stated that there were some concerns raised about the multiplicity of names accosted with Ghanaian films.

This he said which raised the need to find one name that identifies all films for the industry.

“There was Kumawood, Ghallywood, Voltawood, there is also Westwood and some people in Cape Coast wanted to do Capewood, all manner of names. So probably that could have informed that concerns and confusion over the multiplicity of names we were paddling around in the film industry,” Mr Sagoe said.

However, movie director George Bosompem believes despite the NFA’s claim that there were deliberations before the name Black Star Films was chosen, the Authority had already settled on the name before its unveiling.

This, he says, raises the legitimacy of the year-long process the NFA and committee went through to select a new name for the industry.

“In terms of the Film Classification Committee, it was inaugurated in May 2020, at the time they showed us their logos and all that. Then somewhere this year, I realised that it (logo) was being changed and I saw the black star thing in there. So, I become a bit suspicious,” he added.

Meanwhile, others like the host George Quaye have raised questions about the similarity of the new name to the Black Star International Film Festival founded by NFA’s Executive Secretary Juliet Asante.

Mr Quaye stated that there could be a possible conflict of interest in choosing the name and called on the Tourism Ministry to effectively do away with the Black Star Film name.

Entertainment pundit Ken Addy, however, believes that because no one categorically owns the term “Black Star” he does not believe there is a conflict of interest as raised by others.

Regardless, Uncle Ken, as he is popularly called, added that board members of the NFA were not in support of the name change for the industry.

This, he said, speaks to some internal conflicts in the Authority that could affect the performances and overall running of the body.

Also speaking on the show, CEO of 3Music Network, Sadiq Abdulai Abu stated that although he understands the Authority’s need for a brand name for the film industry, stakeholders already recognise Ghana Film Industry officially.

“Even if the idea was to create a certain resonating effect or publicity, I just felt that just calling it Ghana Film Industry and working on the issues was the way to go.”

“We had the name already, gladly every stakeholder never took a stance against it being called the Ghana Film Industry,” Mr Abu added.

Talent Manager, Soraya Riley, who said she was sad about the whole process, also added that the NFA could have focused on using the wealth of knowledge of the committee members to explore ways of growing the movie industry.

“The money cost is one aspect, the time and talent coast is crazy. We are spending time thinking about the film industry when we already know it is the Ghana Film Industry, looking at the people we are sitting down discussing the name as opposed to moving it forward,” she said.

Meanwhile, George Quaye has led a group of stakeholders to petition the Ministry of Tourism, Arts and Culture to scrap the new name for Ghana’s movie industry- Black Stars Films.

The group wrote that “re-naming the Ghanaian Film Industry after the BSIFF creates a Conflict of Interest and ethically questionable situation.

“This is wrong and must be condemned by all well-meaning Industry players with all the contempt it deserves,” the host of Showbiz A-Z on Joy FM wrote.

He stated that the industry does not need any renaming because it has always been recognised legally as the Ghana Film Industry and well captured in all existing documents.