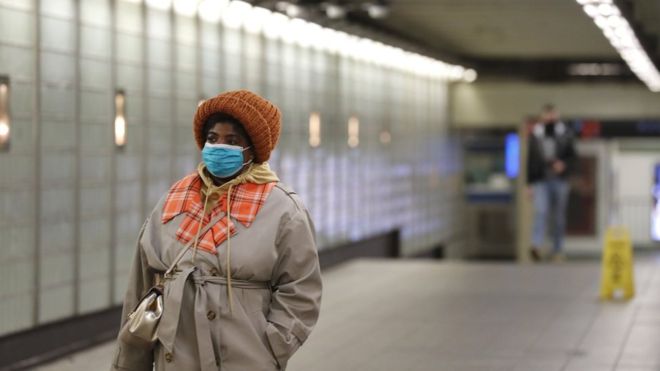 A new study has found evidence that the first COVID-19 cases in New York City originated in Europe and occurred as early as February.

The study, published online by medRxiv and led by researchers at Icahn School of Medicine at Mount Sinai, traced the origin of the outbreak in New York City by analyzing complete genomes of the virus across four boroughs and two neighboring towns prior to March 18.

Researchers found that COVID-19 in New York City “predominately arose through untracked transmission between the United States and Europe, with limited evidence supporting direct introductions from China, where the virus originated, or other locations in Asia.”

It is important to note that the study has not been peer reviewed.

With over 4,00 fatalities in the metropolitan area, New York City quickly became one of the major epicenters of SARS-CoV-2 — more commonly known as COVID-19 — infections in the U.S., according to the study.

Despite early initial screening measures and a series of nationwide travel restrictions from other infected nations like China, Iran and later Europe, the study identified the first case in New York on Feb. 29.

Research teams looked at 90 complete genomes of the virus from 84 of more than 800 confirmed positive COVID-19 cases within the Mount Sinai Health System.

The team then analyzed these sequences together with all 2,363 publicly available SARS-CoV-2 genomes from around the world to determine the most likely origin of the SARS-CoV-2 strains infecting these metro New York City residents who sought care at Mount Sinai.

“In addition, clusters of related viruses found in patients living in different neighborhoods of the city provide strong evidence of community transmission of SARS-CoV2 in the city prior to March 18, 2020.”

“Only one of the 78 cases studied was infected with a virus that was a clear candidate for introduction from Asia, and that virus is most closely related to viral isolates from Seattle, Washington,” Viviana Simon, a professor of microbiology and infectious diseases at ISMMS, said in a statement.

Dr. Anthony Fauci, director of the National Institute of Allergy and Infectious Diseases, told ABC News’ chief anchor George Stephanopoulos on Thursday that the new research is “probably correct” about how and when COVID-19 presented in New York.

“Europe became the epicenter pretty quickly after China really exploded with their cases. As you know, we cut off the travel from China relatively early and we were seeded with a relatively few number from China, but it quickly switched to Europe, particularly northern Italy,” Fauci said.

“And given the travel and the air traffic from anywhere in Italy, particularly northern Italy, it’s just not surprising — unfortunately — and inadvertently New York was seeded before they knew what was going on and that’s why they’re in the difficult situation they’re in right now,” Fauci explained.

The research team responsible for the study was made up of scientists and doctors the Icahn Institute for Data Science and Genomic Technology, the Global Health and Emerging Pathogens Institute, and the Departments of Microbiology, Pathology, and Genetics and Genomic Sciences.