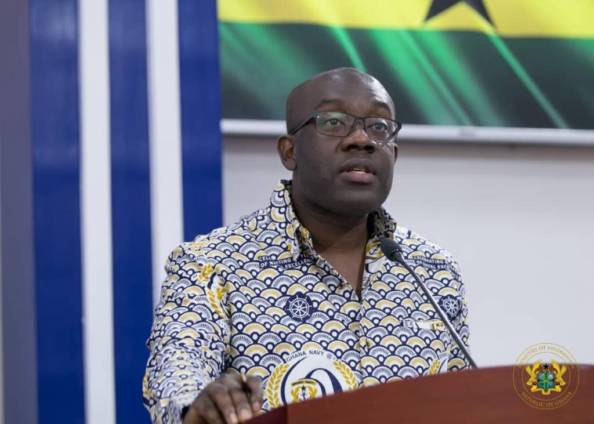 This comes after some news portals reported that Mr. Oppong Nkrumah is resigning from his post as Information Minister.

According to the reports, the Member of Parliament-elect for Ofoase Ayirebi bade his staff farewell at a mini-durbar held at the Ministry to mark the end of 2020.

Mr. Oppong Nkrumah is also alleged to have wished the staff well under the new Minister who would succeed him.

Giving more clarity, Mr. Hadzide said Mr. Oppong Nkrumah only told the staff that the meeting was the last in 2020 and also the last under the first term of the Akufo-Addo-led administration.

“Relative to that announcement, I think its misconstrued reportage. When the Minister met with the staff at the normal end of year get-together, he informed that this was our last staff durbar for the year and it would be his last staff durbar as Minister for the first term of the Nana Akufo-Addo led administration.

“That’s factually correct because by the 6th of January, our tenure as Ministers would have come to an end and I think that the Minister’s comments were misinterpreted,” Mr Hadzide said.

Owing to his performance in the previous term, Mr Hadzide remains hopeful that Kojo Oppong Nkrumah will be maintained as Information Minister in the next Akufo-Addo administration.