Fifteen members of the security forces have been killed in Mali by suspected Islamist militants, officials say.

The attack came on Sunday at the Sokolo military camp in the central Segou region.

An official speaking to AFP news agency said the gunmen arrived on motorbikes and that all those killed were gendarmes or paramilitary police.

Militants linked to the Islamic State group or al-Qaeda often carry out attacks in Mali and the wider region.

Late last year, 24 soldiers were killed by militants in eastern Mali. Only weeks earlier, 54 troops had died in another attack.

In the latest incident, witnesses said the militants stole military equipment. The scene was described as “complete chaos”. 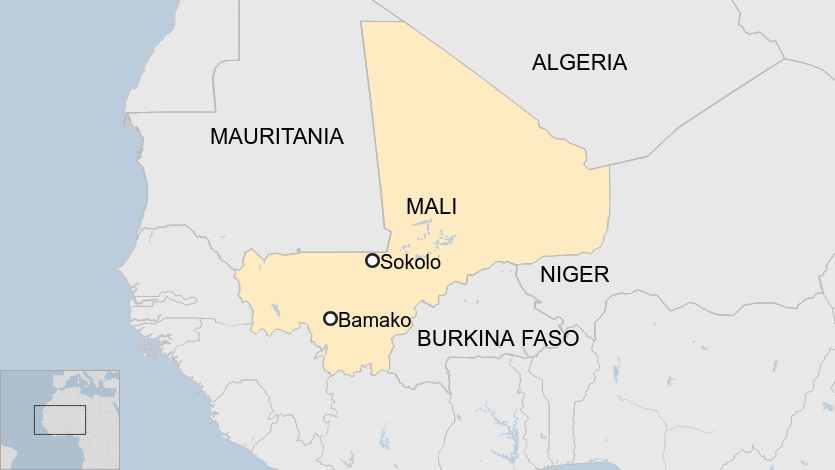 Mali has been blighted by violence since 2012 when Islamist militants took over a Tuareg separatist rebellion in the north and seized several cities.

Malian forces managed to regain control of territory taken by militants with military help from France, which has 4,500 troops deployed in the region. The UN has 13,000 peacekeeping troops in Mali.

But thousands of lives have been lost as Mali struggles to contain the violence, which has spread to neighbouring Burkina Faso and Niger.

Combating militants in the Sahel region is seen as important for maintaining security further afield, including Europe.

France’s Foreign Minister, Florence Parly, is heading to Washington for talks aimed at persuading the Americans to continue their logistical backing – drones, intelligence and transport – for the French operation.