Ngugi wa Thiong’o misses out on another Nobel literature prize 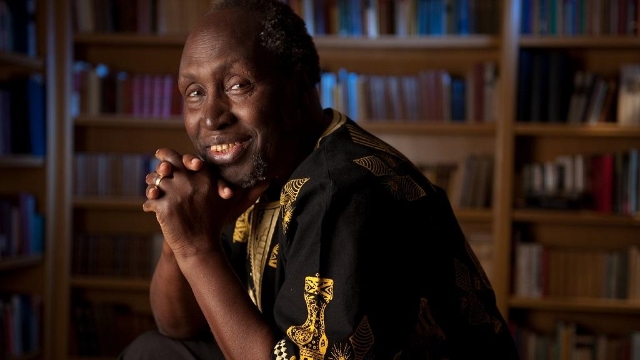 Another year of disappointment for the African favourite for the Nobel Prize in Literature, Kenyan writer Ngugi wa Thiong’o who has been tipped to win the prestigious prize since 2010.

The 2017 prize was awarded to British novelist Kazuo Ishiguro for his emotionally impactful novels, the Nobel Foundation announced on Thursday.

He was selected out of the about 350 nominations made by literary experts and former Nobel laureates from around the world.

79-year-old Ngugi published his first book in English in 1964, which is the first by a writer from East Africa. He later changed his language of writing to his native Gikuyu language.

He set up a revolutionary theatre in the 1970s that provoked the authoritarian regime at the time, leading to his arrest and imprisonment for over a year over his 1977 play Ngaahika Ndeenda (I Will Marry When I Want) that bore a political message.

Ngugi continued to write from prison where he wrote his first Gikuyu novel. He later went into exile to the United States after his release and subsequent harassment of his family and loss of his teaching job at Nairobi University.

He has several works including novels – Weep Not, Child, The River Between, A Grain of Wheat – and plays, short stories, children’s literature, memoirs, essays among others.

Ngugi wa Thiong’o is the founder and editor of the first Gikuyu-language journal.

If he had won the 2017 Nobel Prize in Literature, he would have been the second African laureate since 1986 when Nigerian writer Professor Wole Soyinka won the prize.

The 2017 Nobel Prize in Literature laureate gets a citation and an 18-carat gold medal that bears the face of the founder Alfred Nobel at an award ceremony on December 10. The prize includes SEK 9,000,000 ($1,110,000) which will be paid next year.

History of the Nobel Prizes

The Nobel Prizes have been awarded since 1901 and conferred on top achievers in six fields: Physics, Chemistry, Literature, Physiology or Medicine, Promotion of Peace and Economic Sciences.

Prize-winners are often individuals, teams of two or three and organisations called Nobel Laureates. The laureates are nominated by their peers, including former laureates, politicians, justices and academics among a few others, and then secretly chosen by Nobel Committees and prize-awarding institutions.

The Committee chooses the laureates through a majority vote before the winner is announced in October.

The awards were created by Swedish scientist and philanthropist Alfred Nobel who bequeathed most of his fortune to the establishment of the prize upon his passing in 1896.

The first prizes were presented in 1901 and since then, over 900 people have been awarded.

Details of the selection process and nominees can only be revealed until after 50 years.

Despite the Nobel Foundation’s requirement that prizes be awarded only to living recipients, Canadian immunologist Ralph M. Steinman was awarded a 2011 Nobel for medicine posthumously. The committee did not know he had died three days prior.

The winners receive their prizes at a ceremony on December 10th – the anniversary of the death of Alfred Nobel.

The prize includes a sum of money, a citation and an 18-carat gold medal that bears the face of the founder Alfred Nobel. The money is received after a year.